Why Do You Work? 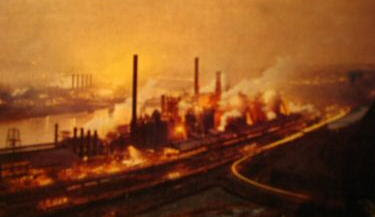 My attitude toward work was initially framed by that argument.  And yet my parents had friends who never worked at all - and raised four children.  The Father worked for ARAMCO after the war, banked his salary, and then retired young, living frugally off his savings, rather than having to have the latest and greatest this-and-that.  They drove old cars - Volkswagen Beetles - rather than shiny new ones.

There was another way to live, it seemed, but that was only on the periphery of my radar screen.  The idea of living on LESS and saving MORE and not having to work, was alien to me.  And my parents chased the dream.

And in America, we are indoctrinated at an early age to live that dream. We spend countless hours in school, as a training for our eventual full-time employment.  We work more and more, and have less and less time to ourselves, until we enter the workforce and are expected to work 50 weeks a year, 8 hours a day, for 45 years, until we retire.

And then we laugh at Europeans and their 35-hour work-weeks and 8 weeks of paid vacation.  What are they thinking?  That life is for something other than work?  Stupid French!  Or are they?

Why do you go to work every day?  Seems like a silly question.   You might say "I have to!  I have to put food on the table!  Keep a roof over my head!"

But are you, really?  How much of your budget goes toward food, and how much toward your cell phone texting plan, cable TeeVee, car payments, lawn service, jet-ski payments, and other, really nonessential items?  How much does that "roof over your head" cost - and how much is just to show off to neighbors, versus the fundamental cost of real shelter?

Granted, unless you have inherited wealth, you will have to work at some point in your life.  But many people end up working their entire lives not because they have to, but because they want a lot of expensive things - which they make even more expensive by buying on time - and thus end up chasing their tail trying to work down a perpetual mountain of debt.

"I'll never pay off my mortgage" and "I'll just work until I'm 70" are two of the mantras of my generation - and two of the stupidest things anyone could possibly say.

Generations ago, work was something you did in your own home - in your own farm, in your own business.  You got up and went off to do your chores - because there was a mountain of them to do, and no one else would do them.  You grew things or made things or performed services for others - and hoped to be able to make a little money on the side.  Much of your own needs, however, were not purchased from a store, but created with your own hands.

Today, work is a very structured thing - you leave your home, get in a car, and go to a "workplace" where you have to arrive and leave at defined times and have a defined sets of duties.  And "work" pretty much consumes most of your waking hours.

So it is no wonder that most people use work as a form of socialization - finding their friends and even spouse at work.  To many people, work is life, and the idea of any other type of life is alien to them.

But there are other ways to live, and for many of us, it is only a matter of choosing to do them.   As a self-employed person, I work from home (no commuting) just like our ancestors.  And I work when I want to or need to - and work as much as necessary to make as much money as I want or need.  And increasingly, I am finding that I want and need less - that I would rather not work and make less money than to work like a maniac and have lots of expensive things.

It is a choice we all have but few of us choose to make.  Even the poor person the ghetto chooses "rent to own" bling rims in place of saving for retirement or not having to work.

And in this economy (or any economy) many people are discovering, to their horror, that "working until I'm 70" isn't in the cards - that even working until they are 55 might be a struggle.

Why do you work?  Because you want to, or have to?  Take this simple little test:


If you quit work or lost your job, how long could you live on your savings?


How much total debt do you have relative to your income?


If your boss asked you to do something that you felt was illegal or immoral (e.g., cover up a toxic waste spill in a third world country), which would you do?

4.  Hire a lawyer and take advantage of the whistleblower statute
5. Walk out the door and notify the media of the spill


How do you feel about the work you do?

0.  I hate it, and the pay sucks.
1.  I hate it, but I can't afford to quit.
2. The work is OK on occasion, and the pay could be a lot better.
3.  I enjoy the work, but wish I made more money
4.  I enjoy the work but look forward to retirement
5.  I find the work satisfying and just onerous enough to be considered work.  The pay is largely irrelevant.


When do you plan on retiring?