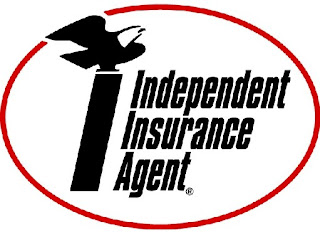 And many people don't, again because of the "monthly cash flow" mentality.  If you have a mortgage, chances are, your bank pays the insurance premiums out of your "escrow" account.  So you never really see the homeowner's insurance bill and maybe it comes out to about $100 a month and that doesn't seem like a lot of money compared to the overall mortgage payment.

So you don't shop it.  Or if you do, your agent says, "Well, if you insure your house with me, as well as your cars, I can give you a multi-line discount and save you money!"

They throw pennies at us, hoping we spend dollars.


And that sort of "savings" is another example of faux financial acumen as you are taking a token "discount" from an agent in exchange for not shopping your account.  Are you really saving money?  No.

I dropped State Farm for my cars, as GEICO was far cheaper and more reliable, in terms of service.  This meant that my homeowner's in New York went from about $1200 a year to $1500 a year with State Farm.

Here on the Island, we have a different situation.  State Farm flat out refuses to write in coastal areas.  And to some extent, you can't blame them.  They wrote fire policies for people in Alabama, and then were sued when the houses blew down in a hurricane.  A fire policy is a fire policy, not a wind one!  And some stupid judge, feeling sorry for people found against State Farm, saying that their fire policy should cover wind damage.  State Farm will win on appeal, but the costs involved in this unnecessary litigation have scared them off coastal areas.

And such  actions illustrate why "feeling sorry for people" is a bad idea.  If people refuse to buy the proper insurance, it only punishes us that DO, by bootstrapping free hurricane policies into their fire protection.  Makes me feel like a chump for paying premiums!

Anyway, here on the island, we had three policies - wind, flood, and fire (homeowner's).  The flood policy is through a pool, and the cost is the same, no matter who handles the policy.  As I noted before, your elevation and zoning is critical to these costs.  Our zone was changed (reduced in risk) recently, and if I could jack my house up 6" more, my flood insurance costs would drop in half.  Presently, they are $790 a year.

Our homeowners policy was through Nationwide, and was about $1000 a year - pretty typical.  I raised the deductible as far as possible, to reduce premiums.

Our wind policy, however, was through the Georgia Underwriters Association, and was a whopping $1489 a year.  So all told, we were spending $3000 or more a year on insurance.

I recently shopped this around, on a tip from a friend, and a local Independent agent - Files Insurance - offers a combined Wind and Fire policy which eliminates the need for the GUA wind policy.  And the combined policy is about what Nationwide charges for a basic homeowner's policy.  Total savings: About $1500.

So now my combined insurance rates are about $1700 a year, which is still high, but acceptable, considering my property taxes are pretty low (under $3000 a year, as opposed to $7000 in New York).

But as I get older, the cost of insurance is something I would think about carefully.  Living on an island is fun - we go to the beach every day.  Tonight we are having a cookout there for dinner.


But many people who live on this island, never go to the beach or enjoy any of the amenities of the island.  So the question is, why pay extra to live on an island?  Comparable houses on the mainland can be had for half the cost - and half the insurance cost.

As I get older, I will definitely be keeping that in mind.   It would make a lot more sense to "cash out" of the house here, move to something cheaper inland, and enjoy living, as opposed to "staying in the home" and leaving feet first.

And yet many chose the latter.  It makes little sense to me.
Newer Post Older Post Home