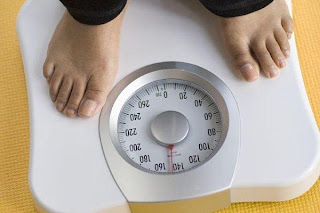 There is no secret "trick" to losing weight - it is hard work, just like saving money!


Dieting is a huge industry in America - taking in billions of dollars a year in the sales of books, videos, powders, foods, kits, pills, equipment, and other paraphernalia.   And of course, the medical industry has gotten into the gig with stomach reduction surgery, belly-band surgery, and liposuction.  There is huge amounts of money in fat - making money from others misery.  And of course, the real cause of this distress that people inflict upon themselves is just simple over-eating.

But for many folks, this readily apparent truth is lost.  Like with finances, many people believe that there is a "trick" or "secret" to wealth or being debt-free.  After all, just paying down debts never seems to work for them - that credit card debt becomes intractable.  There must be a shortcut or a secret, right?

But alas, there isn't.  And over the years, many of these myths about dieting and weight loss have actually served to harm people and in fact, make them fatter.

And of course, the sick thing is, Americans obsess about body weight, but in a manner entirely different from, say, people in Africa.  In a large part of the world today, people struggle to get a sufficient calorie intake - hoping that on a good day, they may get 1500 calories after hours of hard work.  In America, we wolf down meals with more calories than that, and often expend little in the way of physical effort.

Anyway, here is a list of five things I hear people even today repeat, even though they are either utterly wrong, or flawed arguments:

1.  Eat Low Fat foods will help you lose weight:  This is a classic example of where scientific information, when handed out to the public, is taken out of context (religion suffers from the same problem).  In the 1950's and beyond, an epidemic of heart attacks started to occur in the United States.  Dieticians noted that our diet was high in fat, particularly saturated fat.  High-fat diets have been linked to heart disease, and thus it was thought that reducing fat in the diet would reduce the incidence of heart attacks.

And while this may be true to some extent (overall diet seems to be key, not just fat content) the main thing is, it has nothing to do with weight loss or body fat.

I have seen fat chicks talk about eating "low fat foods" to lose weight, apparently thinking that the fat in their meal goes into their body and becomes body fat.  But this is, of course, a physical impossibility.  Your body digests foods and then converts them into nutrients, notably blood sugar, which in turn feeds the various cells in your body.  There is no "fat" in your bloodstream.

However, sugar does go almost directly into your bloodstream, and very quickly, too.  And it is this sugar that your fat cells feast upon, not the fat in your foods.

So the worst part of a bag of greasy potato chips really isn't the grease, but rather the high starch content.  This is not to say, however, that grease is a health food.  It isn't.

One of the funniest things about this myth is how companies use it to their advantage.  I recently saw, in the supermarket, a bag of Jolly Rancher candies - which are basically pure sugar.  The bag said "fat-free!" as if it were some indication of the healthiness of the product.

But any idiot could tell you that things like pure sugar and tap water are "fat free!".  Candy is not a health food, but you'd be surprised how many college-age Vegans or Vegetarians are living on it.

2.  Margarine is better for you than butter:  Not only was this wrong, it was deadly.  When I grew up, "Oleo Margarine" was made from lard and sold as a cheap substitute for butter.  But companies found that they could jump on the "health" bandwagon and sell margarine made with trans-fats that tasted better and was sold as being "a healthy choice" compared with butter.

And today, we shiver in horror as this prospect, as we have discovered that trans-fats are not only not good for you, but are basically a surefire recipe for a heart attack.  And they are outlawed in New York now, and other municipalities and States are following suit.

Surprising as it may seem, a chemical nightmare made in a factory is in fact, not "healthier" than what comes out of a cow.  And for some reason, the French eat tons of beurre and have hardly half the heart attacks we do.

As it turns out, butter was not the problem, but our overall diet.  And Margarine didn't help any, nor was it a magic bullet cure for obesity or heart disease - but rather the opposite.

And in addition to the health risks of trans-fats, margarine gave people a false sense of security - that they were "eating healthy" by making one switch in their diet - eliminating "evil" butter - when in reality all they were doing was engaging in self-deception.

It is like saying you can "spend all you want" and become wealthy - and the "wealth seminars" promise and promote this - showing successful people in their flaunted wealth status items - cars, boats, houses, etc.

But it is akin to showing a skinny supermodel gorging herself at a buffet.

4.  How much you eat isn't as important as what you eat:  There is a mythology that you can eat "certain foods" and lose weight.  The Adkins guy promised this, but all it does is burn out your gall bladder from all that protein.  Eat all of this, none of that, they promise, or perhaps it is all of that or none of this - there are Snake Oil Salesmen selling both plans.

But in reality, it is the overall calorie count - the amount you eat - that is the key.  Calorie in, calorie out.  Eat a balanced diet in proper portions and proportions and get regular exercise and you will be fitter, trimmer, and slimmer.

5. "Lite" foods are healthier:  The term "Lite" does not carry with it any legal meaning.  It may be an inference that a food has fewer calories, or lower fat or less sugar.  But it may also mean that they have reduced the "serving size" to make the calorie count smaller.  Or that they have cut some ingredient, but not by any serious amount.

And of course, one problem with "lite" foods, like the "low tar, low nicotine" cigarettes or "lite beer" is that people tend to consume more of the produce the same effect.  If you want to get drunk on "lite beer" you basically consume more of it.  Alcohol is the primary caloric content and the primary reason you are drinking it, and not water.

So "calorie slicing" as I call it, is sort of a foolish waste of time.

And yet, many people even today, persist in believing these myths - even after many of them have been debunked on popular TeeVee shows.  Why is this?

Well, I think in part because the advertisers still believe it - or think we do.  So you see a bag of potato chips marked "sugar-free!" or a package of candy labeled "fat-free!" and they feed into the myth that you can eat all you want of bad foods and still lose weight.

What I have learned over the years is that a simple, balanced diet in the proper portions and proportions, will cause you to lose weight and allow you to maintain weight.

I have also learned, over the years, that my body tells me when I have over-eaten - and when I over-eat, over time, I gain weight, just as if I over-spend, over time, my credit card balance climbs.

And speaking of credit card balances and weight, while I am pleased to report that over the last year, I lost over 30 pounds and paid off my credit cards and other debt, in the last few months, the same sloppy eating habits have resurfaced - and some of that weight has come back on.

Time to buckle down and get back into the habit of portions and proportions.....
Newer Post Older Post Home