Taking Responsibility versus the Victim Mentality 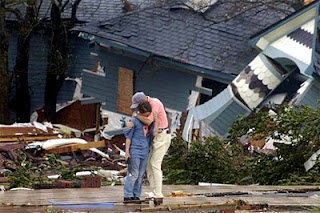 In many situations, even where people appear to be "innocent victims" of circumstance, there may still be some modicum of culpability - some times a lot.
One thing I have realized, in writing this blog, is that nearly every bad thing that has happened to me in my life has been at least partially my fault, or a situation where I could have taken action to ameliorate the outcome, but chose not to or was not smart enough at the time to do so.

We all like to think we are victims of circumstances, and of course the idiot media and the government are all too ready to help you out with this kind of thinking.  You are a victim, they chant.  It is not your fault.  And we have a lawyer who will sue for you.  The government will pay you.  Do nothing. Take no action.  Do not try to help yourself.  You are a victim.  Be passive.  Wait for help.

And in life, it may seem that we are all victims at one time or another.  But in many cases, we take actions that later cause us trouble.  Very rarely is a person struck out of the blue by a bolt of lightning.  And even then, chances are, they were doing something stupid like playing golf in a rainstorm, after the lightning alarm sounded.

Hurricane Katrina was an an example of the victim mentality gone beserk.  People lived in a city that was below sea level, and never saw the potential for danger?  No, it was the fault of Bush and the Republicans - they caused the Hurricane by creating global warming.

Or perhaps it was the Army Corps of Engineers - building faulty levees.   Shame on them!   But the people living there?  Innocent as saints.  Right?

People who refused to evacuate, so they could stay and protect their possessions, were later found dead.  We are supposed to feel sorry for that sort of foolishness?

If I fail to buy insurance and my house burns down, do you feel sorry for me?  Am I a "victim" or just an idiot?  You'd be inclined to say the latter.  And you'd be right.  But for some reason, we let hurricane "victims" get a pass.

And what about people who built vacation homes on the Gulf Coast?  We are supposed to feel sorry for upper-middle-class people who could afford two homes?  People who were largely "made whole" by insurance?  Sorry, but no sale.

But the media loves a good victim story - it sells eyeballs.  And Hurricane Katrina was a good opportunity to sell a good victim story, and the ineptness of the Bush administration - as well as the governor of Louisiana, played right into it.

On a more pedestrian level, people tend to posit themselves as "victims" on a daily basis.  A fellow overdraws his checking account at a big bank, so he goes on a website and rails about how the bank charged him an overdraft fee.  He's the victim here!  But it was he, not the bank, that made the error.  Why should we feel sorry for him again?

During the recent recession, stocks tumbled, some to less than half their previous value.  A friend I know panicked and sold all his stocks, effectively locking in his losses.  A year later, the market recovers, and my friend is still in the red.  He is angry at the banks and the "Wall Street Fat Cats" - and Obama, of course.

But whose fault was it?  If he had hung on to his stocks, he would have rebounded.  He made the irrational decision that the value of the entire U.S. economy would drop to nothing and sold out, instead of taking the wiser view (which was heavily touted in the media) that hanging tight made far better sense.

Taking action in your life and NOT being a victim is the answer.  If life hands you a bucket of shit, well, start selling shit sandwiches.  But just whining about how life sucks never accomplishes anything.

Passivity and victim-hood only serve to lock you into a stasis of inaction.  And we've all know people who have fallen for this sort of thinking.  The perpetual litigant, telling you at length about the status of their lawsuit, how everyone is an "asshole" - even their own attorney, and how great things will be, once "those bastards" pay them "everything they are due!"

Does that person ever get "made whole"?  Of course not.  In fact, their nurturing of the situation only serves to prolong it and make it more agonizing for themselves.  And generally, even if they win their lawsuit, it is never, never enough - they will regale you for hours about how crummy a settlement they got.

We all face setbacks in life - but many of these are either entirely caused by our own actions, or aggravated by them.

The latest round of victim-hood relates to the Real Estate downturn.  Evil banks, we are told, are throwing "families" out on the street and foreclosing on their homes.  What is never talked about is that the "family" stopped making mortgage payments six months ago - and moreover they signed loan documents that were so onerous as to never be realistically paid back.

When interviewed, the victims says stupid things like, "I tried calling the bank, but they don't return my phone calls!"

Here's a clue:  You have to make your mortgage payments or face foreclosure - that is how the law works.  You can't "call the bank" and "explain to them"  that you are facing hard times.  That isn't going to fly.

Instead of sitting around in your foreclosed mini-mansion waiting for the Sheriff to show up and toss you and your things out on the street, a better idea would be to negotiate a deed in lieu of foreclosure and find a place to live - on your own time, not on their schedule.

But the idiot media will have none of that - everyone is a victim, and those evil banks are bad for insisting that their mortgages be paid back.

And that pisses me off.  Because I pay my mortgages back, so why should someone else get a free ride or a "mortgage adjustment" - particularly when they bought a nicer house than I did?  They should get to stay in a mini-mansion with granite counter-tops and come out AHEAD by NOT PAYING THEIR MORTGAGE?

What's my incentive to pay mine?  Zilch, zero, none.

The victim-hood mentality undermines all of the underpinnings of our society and legal system.  Laws are not firm or absolute anymore - but the outcome depends up on how sympathetic the victim is.

And that, in short, is a crummy system.

Don't let victim-hood creep into your personal life.  No good will come of it.  Take charge of your life.  Brush off setbacks and move on with your life.  Yes, you should be compensated when you are clearly entitled to compensation - but don't expect to be "made whole" for every injustice you face in life, particularly when you are at least partially culpable.  But obsessing about "unfairness" never solves much, on a personal level.