Ratings Matter, but so do ad rates! 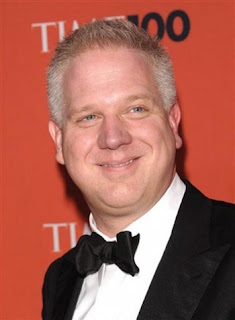 The Odious Glenn Beck.  Please refer to him only with his title, e.g., "The Odious"

Fox News has booted the odious Glenn Beck off the air.  Of course, they are making it seem like a mutual parting of the ways.  But in broadcasting, as in anything else, while ratings matter, money matters more.

And in recent years, The Odious Glenn Beck has had good ratings, but poor ad rates.  Why is this?  Well, think about it a second.  When you advertise on television, you want to reach a large audience - that is a given.  But you also want to reach an audience that actually wants to buy your product.  Demographics matter as much as, if not more than, mere ratings share.

So a huge share of the poor and stupid demographic really isn't that salable to advertisers.  What's the point in advertising to people who are angry all the time, unemployed, have no money to spend, and only interested in crack-pot conspiracy theories?  They ain't buying much, except ammunition and gold.

So while The Odious Glenn Beck draws in 2 million viewers (out of a nation of 330 million, which by my math, makes his opinions clearly in the majority!) if no one is willing to pay for ad space, the program isn't very profitable.  And the high-end advertisers have been fleeing in droves - leaving only a few oddball companies to advertise on his show.

And, if by carrying the program, it has a dirty halo effect on your entire network (which has a huge credibility problem to begin with - I mean, they have horse-face lady to deal with, too) then you drag down your ad rates for the overall network, too.

So off goes The Odious Glenn Beck - to sell his gold coins and penis enlargers on the Internet or on his radio show.

And this should come as no surprise.  Because Rupert Murdoch isn't stupid when it comes to money.  And he really doesn't give a rats ass about right-wing politics, unless it is profitable.  After all, this is the same Rupert Murdoch who hosted a fundraiser for Hillary Clinton a few years back.