Emotional Energy (All Out of Nice). 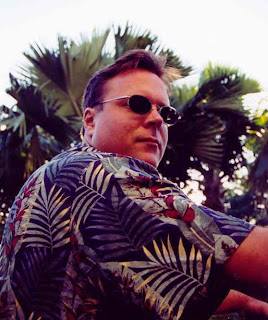 Sorry, I'm all out of Nice!


I write a lot about emotional energy in this blog, as well as mental health and psychology, which may strike some folks as odd, for a blog devoted to personal financial matters.

But these things are as important as, if not more important than, things like what stocks to invest in, or how much you should be putting in your 401(k).

Simply stated, if your mind is not in the right place, you will never get ahead.  If your perception of reality is skewed by emotional thinking and the need to "reward" yourself with shopping, it makes no difference if you have the best financial advice in the world.

Acting rationally in an irrational world is the key to success in personal or business finances.  If you look at successful investors, they are the ones who take what everyone perceives to be unreasonable risks - risks that many shy away from, for emotional reasons.

Greed and Fear - often touted as the two factors that drive the market.  And both examples of emotional thinking at its worst.  Avoid emotional thinking, and chances are, you will be more successful and be much happier.

Well, consider your day.  You wake up and sit out on the veranda, enjoying your coffee.  The birds are chirping and you are relaxed.  But, eventually you look at the clock and realize you have to go to work.  Your blood pressure increases and your mind cranks up the adrenalin and stress hormones.  Emotional energy is needed.  You have to get dressed, fight traffic, and go to the office.

But, in the workplace, there are those who will crank up the stress even more, for no apparent reason, whatsoever, other than they have little work to do and need to find an outlet for their energies - and that outlet is making everyone else miserable.

So, in the middle of a big spreadsheet project, Suzie comes into your office with her cup of coffee and tells you all about the latest scandals and gossip in the office.  Suddenly, your emotional levels are off the charts, and by the time Suzie leaves - nearly an hour later - you are drained and spent, emotionally, and suddenly, the spreadsheet doesn't seem so important - not with all these intrigues going on in the office!

Closing the door to Suzie is the way to save your own emotional energy for more important things in life.  Firing the Suzies of the world is a great way to increase productivity.

But emotional energy can be squandered in other ways.  You get home and your spouse says there is a party at the Bergman's tonight.  You like the Bergmans, but the idea of dressing up and being nice to other people cranks up the anxiety meter a little bit.   And these are your good friends!  A party with nothing but strangers would crank it up even further.

This is, by the way, one reason people form cliques.  You go to the Bergman's party, and everyone forms up into little groups of people they know - a comfort zone for them, an area of less stress and less emotional energy.  Unless of course, they squander their emotional energy by gossiping about people who aren't there.

So a stranger at such a party feels left out and ostracized.  As I noted in an early post, if you want to make friends, all you need to do is approach such a stranger, put your hand out and introduce themselves and then listen attentively to their boring story about their cat.  They will love you for "rescuing" them from social awkwardness.  And if the party is of the business variety, you may get a new client or contact.

So simple a technique, yet so few try it.  Try it.  You'll see.  The worst that can happen is that you have to spend 10 minutes listening to cat stories.

But on the other hand, if you are that guy at the party who doesn't know anyone and no one will talk to you, well, leave then.  And don't go to parties like that.  It is very High School but some adults still do it - invite Wanda Wallflower to the Cheerleader's party, just so they can snub her in person and then make mocking comments about her clothes behind her back.  Wanda goes, figuring naively that maybe she will meet some nice people there.  But she was set-up from the get-go.

Of course, clique-y people are not necessarily doing this consciously, and in many cases, they do it because they themselves are insecure and nervous - they don't have the emotional energy to put out introducing themselves to others.  But the end result is the same for you.  You end up feeling washed-out after such an experience, and you can't put your finger on it as to exactly why.

This happened to me the other day.  I went to the beach with friends - emotionally stressful, but not by much.  We had houseguests, so I was trying to be "nice" and make sure they enjoyed their visit.  Some acquaintances came by, and the stress level goes up.  Then some strangers come by and you crank up the stress even more, trying to be "nice" to them as well.

By the end of the day, I was all out of nice.  My jaw hurt from smiling so much and trying to be receptive and empathetic.  And oftentimes, the people you are trying to "be nice" to, are not in return.

So to make matters worse, we went to a High School Cheerleader Party.   Not actual high school cheerleaders, of course, but a clique of people who invited us, for reasons that still elude me.  Once we arrive and introductions were in order, they all returned to their cliques and chatted.  At that point, I was all out of Nice so we left.

And it was an emotionally exhausting experience.  Why?  It is curious.    They were not outwardly rude - no one screamed epithets or said nasty things.  Well, not everyone, anyway.  But you know when you are not wanted, and often it is subtle signs.  And the funny thing was, that the group I was with all felt the same way - and each had a different experience that gave them a "negative vibe" about the party.  One was pushed out of the way by the hostess (!).  Another was introduced to people who, after the introduction, turned their backs and continued talking as if they weren't there.  For me, it was when I went to sit down at my assigned seat for dinner, and found that someone had moved all the place settings - so that we ended up in the figurative card-table in the kitchen.

Of course, there were signs that this party would be a fiasco from the get-go.  The invitation was odd to begin with.  We had nothing in common with these people and could not understand why they would invite us in the first place. What was described as an "intimate" evening for 9 or so, turned out to be a door-buster of 25.  And for the week leading up to the party, our gut instincts were that we didn't want to go.  Trust your gut instincts!

But, I thought, "Well, be nice, and go to their party.  Maybe you'll make new friends!"  But I have enough friends as it is, and as I have noted time and again, you really only need one good friend.

But many people, such as High School Cheerleaders, want to have dozens of "friends" - superficial relationships or acquaintances that they can count as indicia of their "popularity".  And such folks spend an inordinate amount of time running down these same "friends".  It is a squandering of emotional energy.

And it illustrates, by the way, why the "popular kids" in High School usually never amount to much later in life.  Being "popular" is usually not a profitable pastime in and of itself.  It may be an ego rush to a teenager, who equates popularity with success.  But it is just emotional thinking, not logical thinking.  Substance is more important than appearance, in the long run.

Conserve your Emotional Energy.  Don't squander it on people who are not worthy of your efforts.  Yes, it is a good idea to be nice and to play nice.  But putting yourself out for others - constantly - and having them just piss all over you, is a sure-fire way to end up depressed, broke, and angry.   Just walk away from folks like that.