Will Osama's Death Burst the Gold and Silver Bubble? 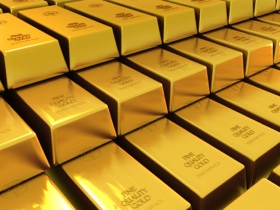 Irrational Markets can be affected by Emotional Events

This article in the Wall Street Journal (A NewsCorp Property) tells of a sell-off in the Silver market.  The article states that George Soros is getting out of precious metals.  George Soros?  The same guy that the odious Glenn Beck accused of being "the puppet master"?  Who knew that both Soros and Beck were in bed together - a bed made of gold?

What I think is interesting, however, is that the value of these metals declines on each piece of good news about the economy - or even the death of Osama Bin Laden.

Buying gold is an emotional decision, not a logical one.  Gold cannot earn income like a factory can.  A company can build a factory, buy raw materials, pay laborers, and produce a product that is worth more than the cost of materials and labor.

It earns a profit or what some folks call income.  A stock can pay dividends in addition to increasing in value.

And, as I have noted before, this is the worst way to invest.  Buying a stock, or a house, or gold, because of that other people think it is worth (the share price, the market price, etc.) is often a bad idea.  It is a better idea to develop a logical basis for the value instead.

If a share price of a company is going up, should you buy it?  Well, if the underlying fundamentals of the company are not sound - it has a crappy product, high overhead, and is losing money - then likely the share price will come crashing down again.  And it matters not what the historical price of the stock was.

And unfortunately, all the financial channels and investment sites tout share price as the heartbeat of a company.  What others think is what they think is important.  The profit margins, P/E ratios, dividends paid, are rarely discussed.

And the same is true for homes.  No one though to "do the math" and realize that paying $500,000 for a house that you could rent for $1500 a month made no sense whatsoever.  And when prices corrected, people got creamed.

And most people go broke this way - they "Buy High, Sell Low".  They invest in something that they see is "going up" and must be a "sure thing".  When the price drops, they panic, and "sell out before they lose it all!".

And Gold is no different.  People bought it at the $1300 and up price, because it was "going up in value".  But the huge gains were when it went from $500 to $1300 - more than doubling in value over about seven years.  Of course, money put into a high-yielding stock would have more than doubled in value, too.  But no one thinks about that.

And the gain in Gold is pretty paltry when you compare to stocks in the last two years.  My portfolio has gone up nearly 50% since the nadir of 2009.  One stock, Avis, has shot up 2600%.  Sort of makes Gold look like, well, shit.

So people bought gold because they were scared.  As they become less scared, they will stop buying it.  And as demand drops - and it will - and as supply increases - which it is - the price will drop.  And then the people who bought Gold will be scared again - and decide to sell.

And once they sell, the idea of what Gold is worth will decrease, leading to more selling, which in turn will lower the price more, which in turn, well, will lead to a major sell-off and a bursting of yet another bubble.

What seemed like a "safe investment" will turn out to be a nightmare, particularly for small investors who bought at $1300 and above on the advice of the odious Glenn Beck.

Investing emotionally makes no sense at all.  And it is a sure way to churn your own savings down to nothing in no time.  A better approach is to diversify your portfolio and buy a panoply of investment types.  And never jump on an investment bandwagon - particularly after it has already gained steam.  Anything advertised on TeeVee or talked up in the financial papers or TeeVee shows is probably a raw deal - because one or two other people are buying it besides you.

Does that mean you should never buy gold?  No.  Just don't buy much of it.  When the bubble bursts, it may be a good time to buy.  But if the Gold Bubble of 1981 is any indication, the price will remain flat for a decade or more before it increases again.

So even if Gold drops back down to $500 an ounce, it probably is no real bargain - just a place to park money as a "safe haven" that pays no interest and inflation will eat up over time.
Newer Post Older Post Home