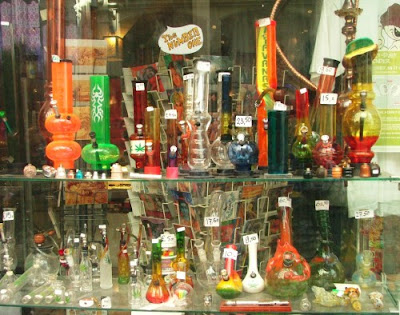 Our generation is well kitted out it seems.  No matter what the endeavor, we have the right paraphernalia.


During the 1960's, the Baby Boomers went off to college.  And with them, they took stereo Hi-Fi equipment, the old family car, a smelly futon, a record collection, and of course, their pot pipes and bongs.

Of course, this was largely an outgrowth of our upbringing in prosperous Postwar America.  As kids we collected all the baseball cards, got G.I. Joe or Barbie - with all the accessories and the carrying case, or collected matchbox cars.   "Collect the whole set!"  We were told.

Our parent's generation made do with far less.  A boy might have a baseball glove, if he was lucky.  And if he saved up enough money on his paper route, he might be able to afford a bicycle.  A Girl might have a doll, not a whole shelf full of them.  But the idea of having every toy in the catalog was just not in the cards for our parent's generation, even if they were middle-class.

By the late 1970's and 1980's, the drug craze started to taper off, as the effects of drug use became readily apparent.  The former users of the 70's became the re-hab kids of the 1980's, and at the A-A meeting (or Narc-Anon) they gathered around the coffee and donuts table and said to each other, "Gee, this coffee sucks.  I wonder if there is a better way to make coffee?"

Out generation, it seems, can never leave well enough alone or take anything at face value.

So, while our parent's generation made do with the "5 cent cup 'o Joe" and Maxwell House Instant, our generation went nuts with different types of coffee, different roasting techniques - grinding your own beans, of course - and the numerous different coffee makers that you can possibly buy. 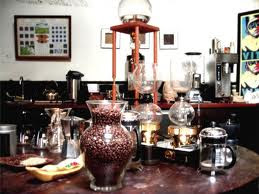 Like everything else, our generation had to ruin coffee by taking a good thing and going just a little too far.


Of course, we weren't content to stop there.   Beer was next.  We'd all brew our own, or order oddly-named microbrews, and serve them up in Pilsners or frosted mugs or German Steins.  No Schaefer or Schlitz for us!  We have to have a beer with some goofy name.

Then we attacked wine - building cellars in our home, subscribing to Wine Spectator and buying decanters and various different kinds of glasses, cork screws, wine racks and other wine-related junk.

Of course, cigars were not far behind, although that fad seems to have died down.

And of course, food.  We took the corner IGA and A&P and turned it into something called "Whole Foods" or "Trader Joe's" and discovered that there was more than one kind of lettuce - and that cheese came in colors other than orange.  We bought cookbooks and watched shows and overhauled our kitchens with restaurant equipment and granite counters.  Some people took to calling themselves "foodies" - which about makes me want to vomit.

Is there nothing that is sacred?  Is there nothing our generation cannot take and then take it all too far - we cannot, it seems, just enjoy anything at face value.  No, no, unless we become experts in the field, it is not fully appreciated!

You can't go for a bicycle ride anymore, it seems.  You have to wear a spandex costume like the racers do, replete with NASCAR-like graphics - and ride a $4000 carbon-fiber bicycle.  We don't want anyone to think that, hey, we might be having fun here - this is serious business, pedaling bicycles!  And we all want to be taken oh-so-seriously!

And so on down the line.  Take any hobby, any foodstuff or drink, any recreation, job, interest, or whatever.  Our generation is never content to leave well enough alone.  No, no, we have to go overboard, it seems.

Why is this, do you suppose?  I think there are a number of issues, some financial, some emotional:

1.  Fear of losing control:  We want to have control over our lives in a vastly more complex technical world.  Trying to be 'expert', even in one field, gives us a feeling of knowledge and power.  It is our way of striking back, of trying to exert control.

2.  Status:  We all crave status, and whether it is the $5 cup of coffee, the $4000 road bicycle, or the bag of groceries emblazoned with the logo that tells the world you are a "foodie".  We buy this crap because we think it marks us as "sophisticates" and not just ordinary consumers.  We think it makes us different and unique, when of course, everyone else is buying the same crap.

3.  Money:  We have a lot more of it.  The dirty little secret of the last 50 years in this country is, that despite all the moaning and naysaying, we are a far wealthier country today than ever before.  We buy all this crap because we can afford all this crap - or we think we can, anyway.

But paraphernalia can be a trap.  If you start going down this road, you soon find yourself drowning in a sea of consumer goods.  Think about it - how many bongs and pot pipes can a pot smoker use?  Maybe one or two.  But most have several, if not dozens.

And the same is true for other endeavors.  We've had all the different coffee makers - from the Bunn-o-Matic, to the french press, to the percolator, the large party coffee maker, to the espresso maker - all at the same time.  My parents, in contrast, had one coffee maker - an electric perker - and they never used it.  Whenever I got that out, they got antsy, as it was for "special occasions only".  They preferred Folger's instant, with flavor crystals.  Yum!

While it can be fun to have a hobby, the truth is, you can squander a ton of dough buying all this shit.  And if you decide to become "expert" in several fields, well, your credit card will max out and your house will fill up.  And suddenly you'll discover that having all this stuff doesn't make the underlying experience any better, really.

As I get older, I am resisting the urge toward paraphernalia and expert-ism.   Owning a lot of junk ends up just costing a lot of money and doesn't make you happy.  And in many cases, owning consumer-grade junk is far better than the "expert" level.

Consider, for example, the Kayak.  Some folks take this simple sport, and take it way too far, buying Kayaks that cost thousands of dollars and carefully mounting them on the roof of their car, fitting them with little covers like racing shells.  These thin, lightweight fiberglass Kayaks are nice and all, but you can't get even one scratch on their delicate gelcoat surface.

On the other hand, the plastic kayaks that sell for a few hundred dollars are so robust that you can throw them off the roof of your car and down an embankment.  No fuss, no mess.  But of course, it doesn't mark you as a "serious Kayaker" - which so many people want to be these days, for reasons I cannot fathom.

No, owning a lot of shit doesn't make you an expert at anything, except squandering money.  It takes no skill or effort to read your credit card number over the phone or write a check.  Buying a fancy car and bolting on a lot of "accessories" doesn't make you either a racer or an Automotive Engineer.  Just broke.

Maybe I'm different than everyone else. Maybe I'm just getting older - and our whole generation is getting older.  But I really don't want the latest-and-greatest electronic gizmo in my life, or the "high end" appliances or whatever.

I'd rather do things than own things.  And owning a lot of paraphernalia prevents you from doing things.
Newer Post Older Post Home