LED lighting and the Efficiency Conundrum 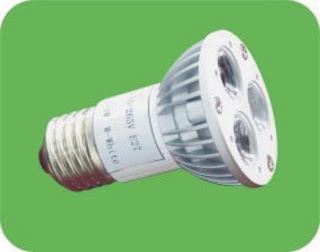 CREE, which makes LED lights, has been one of my better stock picks, climbing 82% in value since 2009.  LED technology will replace the incandescent and CFL, unless some other technology intervenes.  While these lights are more efficient and cost less to own, many people still prefer incandescent bulbs. Why is this?

Back in the 1970's, we had multiple gas crises.  Gas shot up from 25 cents to 50 cents a gallon after the Arab Oil Embargo, and we all thought the world would end.  Then, in the late 1970's it shot up again, to nearly a dollar a gallon (imagine that!) and you could only buy gas on "even" or "odd" days, depending on your license plate number.  Kids today think I am making that up.

Gas was expensive, even by today's standards, taking into account inflation.  And at the time, an odd thing happened - people bought the largest and most fuel-inefficient cars imaginable.  The car companies did a good job of telling people that the "full-sized American car" would become obsolete in a few years and a "collector's item" and you'd better buy one NOW before they were all gone.

And in the mid 1970's, people ran out and bought 8 mpg, 5,000 lb. barges of cars, whose primitive emissions controls strangled them to 200 HP or less.  People are idiots.

By the late 1970's, such barges were a drug on the market.  You could not give away a full-sized American car when gas shot up yet again.  And yet, many people bought these cars - mostly poor people.

My brother bought a fairly nice 1972 Chrysler New Yorker two-door for $500.  It was not in bad shape, although someone had decided to repaint it - with a paint brush.

A 1972 Chrysler New Yorker 2-door.  A huge car, with only two doors!
The car got atrocious gas mileage, of course.  But as my brother put it, he paid little for it, so in effect, his car payments were made at the gas pump.  (At the time, people were desperate to save gas, too.  Popular Mechanics ran an article on how to remove half the pistons from your V-8 engined car to turn it into a V-4.  I kid you not!).

So right away, there is an interesting conundrum.  While a newer, smaller Toyota would have been more fuel efficient and less costly to own than this beast of a sled, my brother at the time did not have the capital to buy such a car, so the point was moot.  He incurred higher costs by being less efficient, because he could afford the cash-flow of inefficiency, but not the capital for efficiency.

And of course, to make the Toyota more efficient in the long-run, he would have to drive it, accident-free, for many years.  At his age, this was a dicey proposition.  Throw in collision insurance, and the Toyota becomes a more expensive proposition.

Today, not much has changed.   Poor people are more likely to drive inefficient cars, as they cannot afford to buy a Prius and wait for a 10-year payback in fuel savings.  And even if they drive smaller cars, they tend to be bad shape, with the check engine light on, running inefficiently in "limp home" mode.   They cannot afford the $250 for new oxygen sensors, as they don't see the payback at the pump (and indeed for an older car on its last legs, there may not be a payback).  If you have no capital, but you have cash-flow, long-term efficiencies are less relevant to you.

LED lights suffer from a similar problem.  Right-wing conspiracy websites abound with stories about how "good old American" incandescent bulbs are going the way of the full-sized American car - and how you should buy them NOW before it is too late!  And many people are stocking up on 100 Watt bulbs, which are slated to go out of production, followed by smaller bulbs as time progresses.

But are these a good deal?  Or just an energy and money-wasting 2-door Chrysler?

The problem is, an LED light bulb from CREE is more efficient, over time, than an incandescent bulb.  But, it is far, far more expensive.   Some of these bulbs can be $30 or more at Lowe's or Home Depot.  That is a lot of money for a light bulb!

The theory is that they last a long time - 20-30 years or more.  I could buy light bulbs today that I will never replace in my lifetime.  And this will change the lighting industry in short order.  I expect that in the future, lighting fixtures and lamps will come hard-wired with LEDs which will not have "bulbs" or sockets (why bother, when they last 30 years).  In the meantime, people will "convert" older fixtures with the screw-in kind of lights, such as the CREE light as shown above.

Of course, you have to hope that your $30 light bulb will last 20-30 years to make the efficiency theory work out.  Like any electrical appliance, there are reliability issues and infant mortality will kill off a certain percentage of products prematurely.  I have noticed that cheap, Chinese-made CFLs, for example, can burn out in a matter of six months to a year, and are no real bargain.

Whether this happens in the LED field - with some brands or models being problematic and others less so, remains to be seen.  Who is the Honda of LED lamps, and who is the General Motors?  We will have to find out, over time, and it will be a costly learning curve.

For people like myself, who can afford a $30 light bulb, the issue is moot.  They are more efficient, last longer, and provide better light at a lower cost.  But to poorer people, $30 for a light bulb is a lot of money.  They may opt for CFLs or lower wattage incandescent bulbs.  Like the gas-guzzling Chrysler, they can "afford" the extra $1 on their monthly utility bill, which seems small, but can't afford the $30 hit to their capital - when the payback is so long.

LEDs are the wave of the future - far better than CFLs.  While they are more expensive, they last longer and have no mercury issues like CFLs.  Incandescent bulbs will be illegal in the short term, and they are horribly unreliable as well (and use a lot of energy and generate a lot of heat).

It is funny, but I suspect in the next 5 years, you will see Real Estate listings touting that the house was converted to LED lighting.  After all, to re-do all the lights in your house to LEDs would cost hundreds and hundreds of dollars.

But in the meantime, we have the efficiency conundrum - poorer people will continue to use less efficient bulbs, only because they cannot afford the capital to invest in long-term energy savings.

And therein lies the problem with efficiency - for people as well as corporations.  Energy-saving home improvements or more efficient cars are moot for people with no capital to invest in them.  And for companies, increased productivity is often cost-prohibitive, as they do not have the capital to pay for increased efficiency, but instead, can pass on the higher costs to the marketplace (as GM tried to do in the past).

Long-term efficiency savings are hard to recover when they require a large capital investment.


* * *
P.S. - Please, no comments or e-mails from Mopar fans trying to tell me how their 1972 New Yorker got 30 mpg!  I am not that stupid and neither should you be.
Newer Post Older Post Home