Time Wasters and How to Spot Them 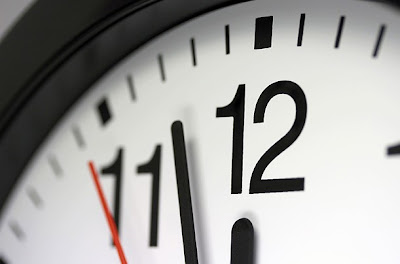 Time is the one commodity that you have a finite amount of.
People like to waste your time. Time is money, as they say. But more importantly, time-wasters take away something more precious than money - your time. You have only so much on this planet, so why waste it on idiots?

If you deal with the public, you will run into time-wasters all the time. Even if is just buying or selling something on eBay or Craigslist, you get time wasters. How can you spot the time-waster? What can you do about them? Here are some tips.

Time-wasters fall into a number of categories:

1. Dreamers
2. People who like to hear themselves talk
3. Lonely People who want companionship
4. Nutjobs

1.  Dreamers, as the name implies, are people with their head in the clouds and no real view of the world. I put an ad on Craigslist for a set of BMW rims recently, and the reaction was interesting. Most of the people responding were 20-something kids with no clue about life. Some were clearly dreamers.

One fellow e-mailed me, wanting more information, more photos, and other information. He called me and said he was "definitely interested" in the rims, but his car was broken and he couldn't drive up to see me.

Here's the deal - if your car is broken, you have other priorities than buying a fancy set of rims. He had no intention of ever buying them, he just wanted to dream about it and waste my time.  Once he told me his car was broken, I just said "thanks, but they've been sold".

Similarly, when I recently sold my tractor, several "dreamers" e-mailed me wanting all sorts of esoteric information. These folks never bid, of course, they just want to make you jump through hoops. The fellow who bid and won the tractor never e-mailed me at all, until he won it. It usually works that way.


2.  People who like to hear themselves talk just want to call you up and blather on about how they used to own one just like it, or other such chit-chat. They will literally bend your ear for an hour or more, if you let them.

I get a few of these in my Patent practice - sort of dreamers, too.  They dream of striking it rich with an invention and want to talk about it.   But talk is all they really want to do.   When you tell them how much it will cost - just in government fees - they back away.   But they still want to talk, even though clearly they are not able to afford the process.

With the BMW rims, I had another 20-something fellow send me e-mail after e-mail, telling me how important he was and how he knew all about BMWs, etc.  He wanted to hear himself talk.

I missed these cues and stupidly agreed to sell him the rims.  He never showed.  He called and said he'd come next week.  Never showed again. I sold them to someone else, and he acted all offended, as if his time was valuable and mine worthless.

When you are dealing with someone who is serious, there are two things they will ask - how much and when I can pick it up? Anything beyond that is a dreamer or a talker.


3. Lonely People who want companionship are sort of along the same line. But as the talker wants only to engage in self-aggrandizement, the lonely type just wants to hear another voice on the phone or a response to an e-mail.

Again, the warning signs are simple - they want to talk about a lot of things, except the business at hand.  And they will bend your ear for an hour or more or send you "endless e-mails" and often go off-topic.

Cut it short.  Gee, I'm sorry, the item is sold.  Sorry, I can't help you.  Whatever it takes.   On eBay they send these inane messages and then get upset if you don't send detailed responses.

Your gut response is to feel sorry for such people.  But you can't save the world, and frankly, most of us have a hard enough time saving ourselves.  Cut your losses and move on.


4. Nutjobs embody a little of all of the above, but in addition are mentally unstable. You run into people like this throughout life.  The crazy guy who screams at people over some perceived traffic infraction, for example.  You can't avoid them.

The "likes to hear himself talk" guy with the rims turned out to be a nutjob.  When he didn't show after the second week, I sold the rims to the next kid in line.  Well, Mr. All-Talk went nuts.  How could I do that when they were promised to him?

But the deal was, he never intended to buy them, just "think about it" and in the mean time, waste my time and jerk me around.  He became so deranged, I had to call the Police.  Dealing with the public can be a nuisance.

If you are selling items on eBay or Craigslist, you do have to be careful.  One way to avoid these time-wasters and nutjobs is not to hold things for them or answer long, detailed e-mails about an item. They either want it or they don't.  Sell to the first person to come over and get it, and don't get conned into "holding" an item for some kid-dreamer.

Here are some hints:

2. When buying something on eBay or Craigslist, if someone won't answer simple questions about an item, then forgetaboutit!  Chances are, they are a time-waster.  I once chased some car parts as far as Rochester, to a seller who would not give me his address.  I called once I was near and he didn't answer. Later on, he e-mailed with some lame excuse about leaving his phone off.  He said to come back some other time.  You know what? It ain't worth it.

3. When someone lists something for sale, and you e-mail them and they don't e-mail back, don't waste your time e-mailing again and again. Time-wasters.   These are the "it's for sale, but I'm thinking of keeping it" crowd, and you might as well not bother.

4. When someone asks you to "hold" something for them for more than 12 hours, forgetaboutit!  Tell them, if it is still available when they want to come get it, they can have it.   Otherwise, first come, first served.  If they really want it, they'll come get it.

5. If someone misses an appointment or doesn't follow through, just move on.  If Joe Blow calls you up and says he is "serious" about buying your car, and you make an appointment with him to have him come look at it, and then he fails to show and doesn't even call to say he isn't going to show, just move on.  He might call back a week later with a lame excuse that his sister-in-law had a dog that was sick or something - but he's still "serious" about buying your car.  Move on.  Forget about him.  Don't turn away five real buyers because of one oddball dreamer.

You will find time-wasters like this more often in impoverished places.   In Central New York, for example, where the standard of living is very low, you'll find a lot of people who dream and fantasize about buying things, often acting out these little games at your expense.  In more affluent areas, where people actually have money, such as in the Washington DC area or Florida, people are less inclined to do this.

You can realize a lot of money by selling off things you don't want, either on eBay, Craigslist, or at a garage sale.  And you can score some good bargains the same way.  But the key is to avoid the time-wasters.  They guy who has the car for sale but won't list a price, for example, is not going to be the source of a bargain used car.  The fellow who says he is "serious" about buying your car, but never shows up (but asks you to "hold it" until payday) is never going to buy.