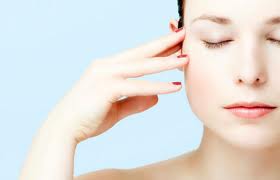 Visualization is not the same as action.
There are many self-styled self-help gurus out there these days, selling visualization.  "Visualization is a Powerful Thing!" they exclaim, "If you can Visualize it, you can achieve it!"

And in most cases, these people are selling snake oil.  Keep one hand on your wallet.  And these gurus come in all stripes - from religious visualization to yoga instructors, to weight-loss gags, to financial plans, to even getting that first job.  If you visualize being employed, they say, you will get a job.

And, in reality, it is a form of cruelty.  They tell people they can have anything they want, only if they visualize it.  And if their desired wishes and dreams don't come true, well, then it is the fault of the dreamer, for failing to properly "Visualize" the dream.

All of this, of course, is a load of horse crap.

Being able to "Visualize" in terms of making concrete plans and then following through with them of course is a good thing.  But it requires no particular skills or special powers.

If you want to become a Doctor, then visualize going to college, then medical school, and then interning - studying hard, working hard, and getting into a mountain of Student Loan debt.  And then you have to go and actually do these things.  The visualization is merely the planning stages, not the execution.

Planning is important - as is thinking things through.  Figuring out the "What ifs" in life and making contingency plans, as well as deciding whether something is appropriate for you, is very important.  Once you've decided to do something - and planned accordingly - the actual doing can be quite easy.  But you have to think these things through.

The Visualization gurus, on the other hand, don't emphasize planning and thought - or the actual work needed to follow-through with plans.  Instead, they talk about visualizing outcomes - being a doctor, losing 20 lbs., driving a new Ferrari - without thinking about the steps needed to get there.

You can Visualize being rich all you want - it ain't gonna happen, unless you make some concrete plans on how to get from point A (poverty) to point B (wealth).  Merely wishing it to be so isn't going to make it happen.

This is not to say mental attitude is not important.  Far from it.  But you have to act on those attitudes as well.

When I first started investing in Real Estate, one of the oddest things to get over was that people were actually willing to lend me money and sign over documents giving me ownership of properties.  As a young man, I had been raised to think that mortgages were "hard to get" and something that only rich folks could afford.  Coming from Central New York, I had been trained to dream small dreams.

And then, it seemed, that great things could happen, merely by asking for them.  Having the balls to invest in a property was half the deal - but not the whole deal.

And as it turns out, the larger part of managing Real Estate was to efficiently manage properties so that the mortgages were paid on time and the tenants paid their rent on time, and the money kept flowing.

And a huge part was knowing when to get out.  It is tempting, once your wish is granted, to hang onto it forever.  But part of proper Visualization is to visualize when bad things are going to happen, as well as good.  And we Visualized that the Real Estate market was going South in a hurry and got out.

Others, listening to Gurus, said the opposite.  That "if only" people kept visualizing more and more wealth, it would magically appear.  I have even had such dreamers say that it was people like me who caused the crash, but not buying into the dream further and further!

Visualization alone, not tied to the eight-foot grounding rod of reality, is as dangerous as an untethered Zeppelin (how's that for a tortured metaphor?)  You can't merely wish something to be true, and if you do, you will inevitably hurt yourself or others.

Confidence is important.  But confidence has to be grounded in reality.  Overconfidence based on visualization alone is dangerous - as it will provoke you into doing ill-advised things.  And people can spot that sort of evangelical over-confidence, and they know, from experience, that a hard and heartbreaking crash is to follow.

And unfortunately, this sort of Visualization happy-talk is being sold more and more in our country - and to even school children.  Reading and Writing are not seen as the cornerstones of an education anymore.  Rather, self-esteem, self-confidence, and Visualization are sold as the keys - with everything else falling into line automatically once a schoolchild has those.

There are no easy answers in life - no easy solutions.  But there are armies of people selling easy answers and easy solutions.  We are bombarded daily with the idea that all your problems - fiscal, physical, and personal, can be solved without effort and without risk - only if we charge $29.95 to our VISA card for a course, book, or DVD.

But the easy answers are wrong - and expensive.  The hard answers are correct, but are free.

You can choose to live in a world of delusion, but it is an expensive option, and rarely results in long-term happiness.  Reality may seem harsh and unforgiving, but the more you master it, the easier it seems to deal with, and moreover, the victories you score are substantial and meaningful.

We all have choices.  I choose to Visualize Cold, Hard Reality rather than try to create Reality from Visualizations - or Hallucinations.
Newer Post Older Post Home