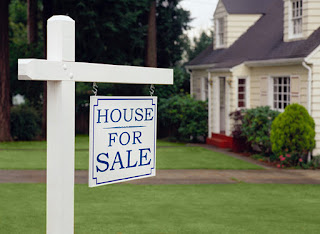 Speculation leads to bubbles.
In this recent report, apparently some government official removed their head from their ass long enough to realize that people speculating on Real Estate caused the Real Estate Bubble.

Let me explain how this works, in simple terms even a government economist can comprehend:

That's how it works, in every bubble since Moses cornered the market on sand.

When I got in to investing in Real Estate, I took a very pragmatic approach, as did my bankers, who were commerical lenders.

First, I did the math to see if the property had at least a slight positive cash flow.

If it did, I qualified for a commercial loan, which usually required a 20% down payment.  Yea, 20%.

Since a lot of people didn't have 20%, housing prices stayed low.  Not a lot of investors in the market when you have to pony up cash.

Of course, homeowners could still get loans through FHA with lower down payments.  It was only investors who had to - and should have - come up with the cash.

Then, a funny thing happened.  Funny-money loans started to predominate, and people bought properties with little or nothing down.  And this meant a lot of people who never invested in Real Estate decided to get in on the deal.  They were clueless.

They bought properties with negative cash-flows, on the premise that "someone else" would pay more for them in a year or so.  The Greater Chump Theory is never a sustainable market model.

And of course, it all collapsed.  But by then, I had long sold out - to those nothing-down investors.

I knew the end was near, when in Pompano Beach, they put up a high-rise, a block from the ocean.  Their least expensive condo was $800,000, for a one bedroom "designer ready" unit - which is a euphemism for a bare concrete interior and no fixtures, plumbing or kitchen.  And the condo fee?  Only $3000 a month.  For a condo with a view of the dumpster.

It was just crazy.  And most of the units sold were sold to speculators, who put nothing down, and expected to "flip" these luxury units in short order to "rich people" who apparently got rich by being utter idiots.  And of course, it all went horribly wrong.  The foolish rich failed to materialize on command, and the units were largely unsold.  The second building was never even started.

It was a house of cards, a ponzi scheme, a pyramid club - you name it.

Would reining in funny-money loans have prevented the bubble?  Perhaps.  I think instead of a 2009-style bubble, we would have had a much smaller 1989-style bubble.  But still a bubble.

In 1989, we had a speculative Real Estate bubble, but mortgages were harder to get back then.  These "nothing down" deals were far harder to come by.  And I think more of the speculation then was by owner/occupiers, who felt they would be "priced out of the market" if they did not "BUY NOW!"

Yea, same exact words, used by the same exact Real Estate Agents, 20 years to the day before the 2009 meltdown.  And yet we never learn, do we?

But I am not sure eliminating the funny-money financing would have solved the problem.  The problem was - and is - that we bailed out the companies that wrote the loans, bundled the loans, and the sold the loans and then sold something called reverse default swaps.  They took all these risks and then got paid whether it worked out or not.  This is not Capitalism in any sense of the word - just giving away government money like they do in the former Soviet Union - an Oligopoly.

If the folks who wrote these loans stood to risk losing money, they would not have written them, plain and simple.

And if the folks taking out the loans stopped to think about it, they would not have done it, either.  But a lot of people were foolish, and there is a lot of money to be made out of other people's foolishness.

Harvesting the Stupid, it is called, and casinos, numbers rackets, loan sharks, car dealers, drug dealers, and a whole host of others, make a living this way - taking money away from people too dumb to hang on to any of it.

Sure, we can close the loop on these funny-money mortgages - and we are, mostly through market forces (Banks, now burned, are hesitant to loan at all).  But some clever fellow will come up with a new way to entice the ignorant into parting with their cash.  And it will be some way we haven't outlawed yet.

We try, we really do.   We outlaw gambling (well, we used to), drugs, prostitution, numbers running, loan sharking, ponzi schemes, pyramid schemes - and still the chumps keep a-coming.  Hey!  I gots a wad of cash I don't knows what to do with!  Will you take it off my hands?  It is such a burden, after all!

And the con-artists do - all the time.  "Buy Gold!"  is their latest cry.  Tomorrow it is "Buy Facebook!"

"This time for sure!" they say, "We won't pull the ball away at the last minute!" 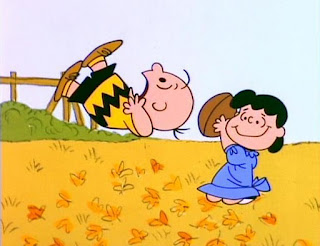 Arrrrgh!
You CAN protect yourself from these bad deals - without government intervention.  Stop being a "true believer" - stop watching the television, which tells you all sorts of bad things, like "being priced out of the market".  Learn to think rationally and how to use a calculator.

And if something sounds too-good-to-be-true, just assume it is, and don't be afraid to walk away and not even think of looking back.
Newer Post Older Post Home