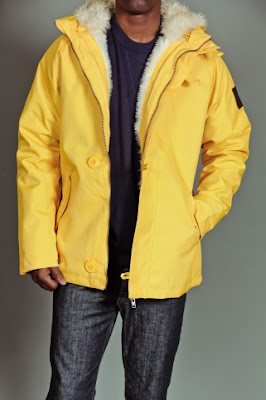 Be careful of what you clothes you buy, because when you are 50, you might be still wearing it!


Kids like to buy and wear all the latest designer fashions.  This really took off as a trend when I was in college, when the first "designer blue jeans" came out with the labels on the outside.  When I was at Syracuse, all the rich young kids from "downstate" would have their "Guess?" jeans and their new '79 Trans Ams, and be the height of fashion.  And the height of annoyance, as well.

A few years later, these same kids started showing up in class wearing green-and-white sweaters that had the word BENETTON in foot-high letters on the front.  At first we thought this was their name, or perhaps the name of a prep school.  But when we discovered it was a name of a clothing store, we sort of scratched our heads.

It would be like driving a car with the words "CHEVROLET" in foot-high letters on the side of it.  But of course, a few years later, guess what started happening?

Yea, brand consciousness really started taking off, for the middle-class and upper-middle class, in the late 1970's and early 1980's.  Before then, which brand of blue jeans you wore was just not an issue.   And a Brooks Brother's suit did not have a huge sign on the back saying "BROOKS BROTHERS".  But all of that has changed now.

Today, the brands appear in huge letters on the product - so that everyone will know that you bought the "correct" piece of clothing to fit in, and not just some generic blank t-shirt from a bin at Costco.

Of course, you can only sell this nonsense to kids - consumers between the ages of 15 and 35, who will shell out tons of money for brand-name status crap, and think that having lots of brand-name status crap means you are wealthy.  Kids perceive wealth by the trappings of it, not the actuality of it.

Once you round the corner on 50, however, you find all that to be a load of bullshit.  You realize, after the fact, that the outfit you bought at Chess King was a cheaply made Taiwanese piece of crap.  And you stop buying, for the most part, as your closet is full of clothes already, and you aren't likely to "grow out of" them anytime soon.

As a result, older people often end up dressing oddly, as they want to "use up" the old clothes in their closet, rather than buy new.

I was shocked, one day, to see my Dad, at age 80, wearing a parka I had bought when I was 13.  I had bought it for my Paper Route, as it got quite cold in New York in the winter.  And since the snow plows seemed to have a habit of aiming for me, I bought it in bright neon yellow for visibility in the low light of dawn.  When I went away to college, I left it behind, taking my leather jacket with me.

Fast forward 30 years, and my Dad is now wearing this parka - three decades old.  "It's still good!" he says, and indeed, it probably is.  But it is also still eye-searingly yellow.

And that illustrates a problem for older folks.  We end up with the detritus of our lives, too cheap to buy anew and too frugal to throw away.  Old clothes, old cars, old furniture.  You end up keeping it all, as you are beyond that target age for consumption, and you realize that buying crap all the time is not an end in and of itself.

So, choose wisely, my friend.  Timeless fashions are a better bet than trendy stuff.  A well-cut suit can be worn for decades, whereas that leisure suit from the disco era is suitable only for costume parties.  Solidly built furniture will last you a lifetime and perhaps several others.  Cheap shoddy particle board rarely lasts.   Quality leather goods, in timeless styles, can last decades.  Trendy split-leather "distressed" crap from the mall, goes in the trash after a few years, or is hopelessly out of style.

Of course, quality stuff costs more - a lot more.  A simple chair from Stickley can run you a few grand.  But then again, it will outlast a $500 chair by a factor of 10 or more.   And yet, if I took all the money I spent on cheap furniture, it would more than pay for a house full of Stickley - even antique pieces.

Investing in quality goods, rather than trendy, superficial goods, is a sign of real wealth.  The very wealthy - the old money - tend toward classic styles, not trendy Paris runway designs.  They tend toward restraint, not opulence.  And there is a certain logic in this choice.

And yet, many folks will pay more, in the long run, for cheaply made products.  In his book, Night Over Water, Ken Follet describes an heiress to a shoe manufacturer, which appears to be a thinly veiled disguise of the late Dexter Shoe Company.  In the book, he describes how they made a quality, sturdy shoe, with leather soles, that cost a little more than other brand's cheaper shoes.

Some shoe companies, back in the 20's and 30's would actually sell shoes with pressed cardboard soles.  Within a few months, such shoes would have holes in them, and be worn out.  And yet, he describes how many poor people would continue to buy such shoes, convinced that since they were "bargain priced" they must be a bargain.  Yet, for the price of 2-3 of these pairs of cheap shoes, they could have bought one pair of good shoes that would last 5-10 times as long.

Today, not much has changed.  People - particularly women - have closets full of cheap shoes, bought mostly on price point or because of style.  Often these are uncomfortable shoes, if in fact downright harmful to your feet, your back and your joints.  And most of them don't last very long before falling apart.  But they are so cheap, we go out and buy more of them!

I think, as you get older, you look for things that will last - as you realize that you will end up with a lot of stuff that you will own, for a long, long time.  You want things that won't be "out of style" within a year or two.  And you want something that you won't have to throw away after a few months.  And Since you end up wearing a lot of this stuff for the remainder of your life, you don't want something that it trendy and temporal.

And that yellow parka may come back to haunt me.  The way things are going, it will probably be my only inheritance.
Newer Post Older Post Home