How Much Would You Sell Out Your Country For? Not a Lot, it Seems. 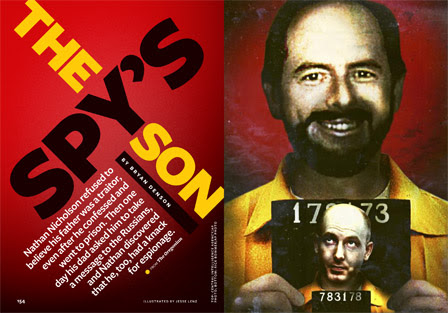 Spies often sell State Secrets to our enemies for less than the price of a used car.  How is it that people who make good money are willing to sell out their country for a few dollars?
I talk a lot here about how the middle-class and upper middle class get into trouble with credit card debt.  It happens, and it happens a lot and we need to stop living in denial about this and be up-front about it.  Your shameful little secret is shared with about 200 Million other Americans, so just get over it, get out from under it, and don't pretend it ain't happening.

People make good money in this country and still claim to be living "paycheck to paycheck" mostly because they have smart phones and cable TV, the latter of which accepts advertisements from outright crooks, like invention brokers - so why would anyone pay to watch it?

People get further and further behind on bills, one take-out pizza at a time.  And before long, they are in debt up to their eyeballs and willing to do anything to get out.  And "up to their eyeballs" usually ends up being a fairly trivial amount of money - but they never seem to be able to pay it off, just as losing that 10 pounds as a New Year's resolution never seems to happen.

In a The Spy's Son, abstracted in Reader's Digest, and serialized in Oregon Online as The Spy's Kid, the son of a convicted spy, who used to work for the CIA, decides to "go rogue" himself.

The motivation?  Trivial amounts of debt, and a broken car:

Jim confided to an inmate in his prayer circle that he felt like a failure because of his children's financial miseries. He had wanted to send them to college. But his job as a quality assurance inspector at the prison furniture shop paid about $1 an hour.

By the middle of 2006, Jim's oldest son, Jeremi, was sweating college loans on the pay of an Air Force senior airman. Star faced car problems and a student loan debt of $50,000. Nathan was struggling to make payments on his rent, car and credit card.

One day, as Nathan sat shoulder to shoulder with his dad in the prison visiting room, Jim said he had a plan.

He whispered to Nathan that his old friends in Moscow might give them financial assistance.

Well, OK, that is sufficient grounds for treason - student loan debt and a busted car.  And if you are making $32,000 a year as a Senior Airman in the Air Force, how could you possibly pay back your debts?

And this case is not unique.   If you look at the history of these spy cases, most of these folks are selling out their country for not a lot of money.  Robert Hanssen, one of the most famous scumbags in the universe, was one of the better paid, at about $63,000 a year.  But most sell out for far less than that.

The funny thing is, most government agencies assume (wrongly) that a well-paid higher-level executive is going to be less likely to "sell out" than a lower-level flunky.  But what they fail to realize is that the higher level guy is the fellow who is the greater risk.  This is the fellow who gets into debt over his head, so he can have the appearance of wealth.  The low-level person learns to live on their salary, out of necessity.

If you have a government clearance, living within your means is not just a good idea, it is a direct order.  You can lose a top secret clearance if you declare bankruptcy, as happened to one friend of mine.  Without the clearance, you lose the job, and then the entire thing snowballs into a real nightmare of debt, unemployment, unemployability, and destroyed finances.

Second, since when is it a parent's responsibility to pay off the debts of the grown adult children?  This entire concept makes no sense, but has taken hold in this country in the worst way.  Adult children (who are still children in every sense of the word) run up debts and then expect Mommy and Daddy to pay it off.  Mommy and Daddy, loving the control they have over their "kids" (who are 40) dole out the money.  And of course, by bailing out their kids, they undercut their own children's sense of self-esteem and also prevent them from learning yet another painful but necessary lesson in life.

In this case, however, it is even more odious.  The parent, not having any money, suggests to his own son that he spy for the Russians as a means of paying off credit card debt.

Which part of "Bad Idea" didn't he get?  The guy is already in jail for spying - now he wants to rope in the entire family!  I guess he wanted some company in prison.

All I can say is, these people take the "Dysfunctional Family" prize for 2011.

Of course, the son got caught, after taking a few thousand dollars from a Russian Embassy official.  He was given parole, but the Dad was less than contrite.

It sort of makes you wonder, though, where the "three letter agencies" get these people.  I mean, really, this seems to happen with such regularity that it isn't even funny.  It doesn't give one a lot of faith in how our government agencies work.


(Note:  The Oregon Online article uses the tag line, "Son follows Dad into the Dark World of Espionage!" which makes it seem a lot more glamorous and dangerous that it was.  If you read the article, however, it seems less like a "Dark World of Espionage!" than a Three-Stooges Movie.  We should not glamorize idiots like this.)
Newer Post Older Post Home