The Only Weapon You Have.... 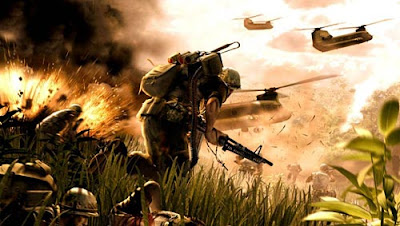 In the battle of the marketplace, the only weapon you have is the dollar in your hand to spend.  And often the best and most effective use of this weapon is to simply not deploy it.  The other side has to fight to win.  You win by staying home and not engaging at all.
For the average American, doing battle with our economic system (and it is a battle - the marketplace is a battlefield, not a place to play patty-cake) there are not a lot of weapons in your arsenal, with which to do battle.

Yet, the battlefield is tilted in your favor, even though you don't realize it.  Retailers have to sell product to stay alive.  However, your level of consumption is variable.   And when people don't consume, retailers lose, and lose big time.  On the other hand, if you convince yourself that you "have to have" some product, well, you basically throw up your hands in surrender.


For most of us all of us, our incomes are basically finite.  You can get a higher paying job, if you can increase your educational level.   You might get a promotion.  But for the most part, particularly when your career path has reached its apogee, in your middle 50's, you can pretty much figure out how much you will make, over your lifetime.

And this is true for Billionaires as it is for paupers.  You only have so much you will earn.  We cannot simply will more money into our lives, try as we might.  We can only work so much, earn so much.

So that means your only weapon is in how you spend your income.

That's it.  And it is a crude weapon, but there you have it.

And yet, most people immediately shoot off every round of ammo they have - and then borrow more.

When you spend ever last dollar you have, you leave yourself powerless.  And when you are powerless, you can be taken by the enemy and kept as a POW.

Borrowing money, particularly for stupid things like consumer goods, just means that you have less money to spend.  If you have to pay $1 in interest for every $10 you borrow, that is $1 less you have in your pocket.

Trying to accumulate wealth through savings is very hard to do.  And realistically, for the very poor, accumulating any significant wealth is going to be near impossible to do.

But the very poor often end up squandering what little income they have by borrowing money - often on the worst terms and at the highest interest rates - through pawn loans, title loans, payday loans, and other schemes.

Perhaps, if you are very poor, saving money is out of the question.  But at least you could stop borrowing it!

It seems axiomatic that if you are paying interest on borrowed money that you end up with less money in your hands.  Pay 10% in interest and you only have 90% left.

How you spend your money is how you compete in the marketplace.  Money represents power, and whether you accumulate power and wield it wisely, or squander power is up to you.  But you do have choices - right in your wallet.
Newer Post Older Post Home