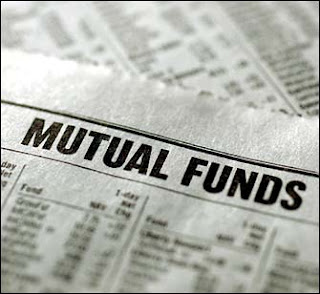 Are mutual funds a bad investment?  Not really.  But people who want to sell you other investments will tell you so!

I came across a website the other day that promised "Unconventional Financial Wisdom" but really had what I thought was a lot of bad advice.

Why?  Well, first off, when someone tries to sell you "Unconventional Wisdom" you should keep one hand on your wallet.  People are always looking for a diet plan that allows you to "eat all you want" and a get-out-of-debt plan that has some "secret trick".  And of course, there is no secret trick to investing or debt - consume less, save more.  And the same is true of dieting - eat less, exercise more.   There is no other way.  That is conventional wisdom and it is the best kind.

But "Conventional Wisdom" is never sexy or very much fun.  We all want to believe in Free Ponies!"  Ohhhh!  Free Ponies!  I want one!

But there are no free ponies.

The other reason I distrust his advice is that he is selling a convoluted investment called a EIUL, which is a form of life insurance, and some folks think is a bad idea for small investors.

So, the guy saying Mutual Funds are bad is also in the business of SELLING a contrary investment.  He doesn't have any dog in this fight, right?  Oh, wait...


There are some valid criticisms of mutual funds, and I have addressed some of them here.  I rolled over one mutual fund to a self-directed IRA, buying stocks, and managed to out-perform the mutual fund in the interim (that ain't saying much in this market!).  But that is not the norm, and in fact, people self-trading stocks, statistically, tend to do far worse than a good mutual fund.

But the fellow selling the EIULs makes some arguments that are quite odd to me.  For example, he argues there are no tax savings in a 401(k) plan - but actually increased taxes.  While he does make some good points,  I think his math is off on the taxes.  To begin with, there is no 'increased tax' by putting money in a tax-deferred account.

From a basic tax perspective, this would appear to be a break-even proposition.  There are some caveats, however.

1.  For High-income earners, in the 25% or 33% brackets, it is possible you may avoid paying taxes in the higher brackets this way, and then when you retire, take out money at a lower rate (15%) and thus save money.

2.  "A tax deferred is a tax not paid" as my Tax Law professor explained.  Since the tax is deferred by 20, 30, or 40 years, you have the opportunity to earn money from that deferred tax money.  The excess income on a tax-not-paid, over 40 years, is substantial.

3.  Of course, it depends on whether you are earning money on income or capital gains - and how the tax laws in 10-40 years will be structured.  If you make money on capital gains, your tax rate may already be lower than your income rate.

4.  For people in lower-income brackets (15%) the savings in terms of taking out money in a lower bracket at retirement, are nil.

5. If you die before cashing in all or part of your 401(k), that money may transfer, tax-free to your beneficiary.  So the taxes are never collected on the money.  This is not a long-shot, but a predictable outcome, which is why the laws require you to start withdrawing a certain percentage every year, once you reach a predetermined age.

Of course, there are many other issues as well.  For example, some mutual funds are just raw deals - loaded with fees and loads to the point where your effective rate of return is very low.  I had some money in American Funds, and their loads were quite high (this made my former investment adviser happy, of course).

On the other hand, statistically, good mutual funds tend to outperform individual investors who try to stock-pick, invest in minerals, or whatever.

But, rather than say "All of this" or "None of that" I think a better approach is to diversify.  Yes, invest in a mutual fund, but don't make that your ONLY investment.  Stocks, bonds, real estate (no, really) life insurance, CDs, Treasury Bills, even minerals.   The more you can spread out your risk, the less chance you will have of being broke at retirement.

And yes, that is my strategy - to diversify.  I don't put all my eggs in one basket - whether it is mutual funds, stocks, or life insurance.

Life insurance (which seems to be what he is promoting) is not a bad investment, but seldom a stellar one.  And it can go horribly wrong, of course, if the underlying company goes bust.

Moreover, life insurance can be quite complicated in nature and is not an investment for people who do not understand complex investments.  And of course, it goes without saying, that life insurance is best purchased when young.

I bought a number of polices over the years (whole life, term life, Adjustable Life, Variable Life).  While I have since converted most of them to "Paid up" policies (that pay me about $1200 in dividends, annually, and continue to increase in cash value, with no further premiums) they still are not what you would call "good investments" in terms of cash out (and cash value increase over time) versus cash paid in.

Again, this is not to say that insurance is a bad deal.  Only that picking ONE THING to invest in, rarely is.  And the fellow with the website above, is saying that Mutual Funds are bad, and that he has dumped his mutual funds in favor of a life insurance policy, which coincidentally, he is selling.

Not a good idea.  Run, do not walk, away from anyone telling you to "cash it all in" and invest in one thing.