The Year of Living Cautiously 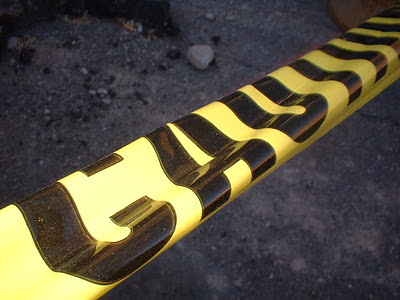 This has been the year of living cautiously

The last few years have been an eye-opener for many of us.  For some folks, it is Recession, Round #3, having survived the recessions of 1980, 1990, and now 2010.  Some of us never learned from earlier setbacks, others are just now hitting the job market and understanding what a recession is, for the first time in their lives.

To me, what the last three years have driven home is that everything we do has an impact on our finances.  And  in the past, I know that I never took this into account.

Well, for example, when I decided to get Cable TV, I just signed up for it.  I never sat down and thought, "OK, this will cost me about $5000 for four year's worth of service.  Is this worthwhile, and moreover, where in my budget will the money come from?  Because the money has to come from somewhere!"

Rather, I did what most Americans did and thought, "Well, $99 a month isn't a lot of money, we can afford that!"

And that is the wrong answer, of course.

It was not like I had a income surplus of $99 a month back then.  Rather, I had a steady balance on my credit cards.  I was already living beyond my means, but still blithely spending without thinking too hard about it.  I could pay the monthly bills, so I thought I was doing OK.

What ends up happening, if you spend this way, is that you eventually spend more than you make, and "mysteriously" your credit card debt starts to climb, and before you know it, you are several thousand dollars in debt to VISA or MasterCard, and you can't seem to get out from under it.

And many people do this - for years and years - paying hundreds of dollars a month in credit card interest and wondering why they cannot get ahead in life.

But everything you do - everything - has a real cost in your life.  And I start to see this now, in daily living.  Even the tiniest things have a real cost.

In my mind, it is like a video game.  You know, one of those first-person player games, where you have a "view" from the perspective of the character in the game.  On the edges of the screen, your score and various numbers appear, in digital red lettering - your overall score, number of lives left, weapons, etc.

Except in this real-life game, these numbers are your net worth, your income, your expenses, and the like.  And as I go through my day, each action I take causes a red flashing "EXPENSE" to light up.  I have breakfast, and it says "COFFEE & EGG SANDWICH:  $2.00!" and my net worth goes down by that amount.

I start my car, and the expense meter starts running, like the national debt clock.  Gun the engine and I can visually see pennies flying out the exhaust pipe.  Peel out of the driveway, and a message flashes "Caution!  Vehicle Abuse!  Lose one Turn!"

To be sure, this video game view of life can be a downer - as it seems that everything you want to do in life costs money, and while each transaction in life is small, the overall expense is huge.  Even drinking a glass of tapwater has a real cost, if you include the amortized cost of the glass, the cost of the water,  the cost of running the ice maker, the cost of running the dishwasher (and the hot water) as well as the soap.

Fortunately, most of our daily transactions are infinitesimally small in nature.  But cumulatively, they do add up.

For example, we bought one of those fancy 3-door refrigerators - you know, the kind with the drawer on the bottom.  This cost about $1500 on sale.  They can run as high as $2000 and beyond.  Now, the average life of an appliance is about 15 years.  So that means, every year, I am burning through $100 worth of refrigerator.  Or in other terms, about $8.30 a month in refrigerator costs.  Or if you do it on a daily rate, about 27 cents a day, to have a fancy refrigerator - not including the cost of the electricity to run it.

But add up the cost of all the things you own in your house, and divide by their life expectancy, and you will see that a big chunk of your daily living expenses is in maintaining this overhead of "things" - and the more things you have and the fancier they are, the more it drags you down.

Today, I am not sure I would have bought the fancy refrigerator.  $1000 in the bank sounds a lot more appealing than $1000 in my kitchen.  And functionally, the three-door refrigerator is no better (and in some ways, worse) than the $100 used double-door kind.

But I use that only by way of example.  There are so many financial decisions I made int the past without stopping to thing whether they made any sense.  Was I buying something for status, or because I needed it?  What was the overall cost of the transaction?  Where in the budget would the money come to pay for it?  These were questions I didn't ask.

Today, I am looking retirement square in the face.  And to retire means one thing:  You have to live within your means.   And that means understanding how much income you have, and spending less than that.  I can no longer afford to buy things just because I want them, I have to have a real need, be able to afford them, and be able to budget for them.

And if you think about this, we all have to do this - not just people who are retired or contemplating retirement.  Because, if you are like most people, you are having to fund your own retirement, with your own money.  And if you are like a LOT of people today, you are putting off the 401(k) in favor of spending for now, or in an attempt to pay all the interest on your various loans.

Those credit card people are bleeding you to death slowly - and stealing your retirement in the process. And for what?  So we can have an extra bauble or some electronic service?

And this is where the video game view of life gets interesting.  Because you can make choices that affect your score.  You can chose Option A over Option B, and watch your net worth increase.  You can drink tap water, instead of buying a 99-cent bottle of water at the gas station - and you will add $365 dollars to your score, every year, just by making this one lifestyle choice.  And over a career, this can run up to $65,000, with interest.

Of course, some choices are more readily apparent that others.  Not buying a $75,000 car is a smart move, but that is pretty easy to spot.  Other choices are a little more subtle, and require a little more thought.  But it is usually these smaller, everyday choices that make the big difference, in the long run.  Because, it is these little choices that are what is tipping you over that balance beam from "living within your means" to "living beyond your means".

For example, a couple has $5000 in intractable credit card debt.  How did this happen?  Well, it just did, over time, and they are struggling to pay it off, even after they cut up the credit card.  But as it turns out, you can get into big debt, very quickly, just by spending $100 a month more than you make - and $100 a month is the cost of cable, or a cell phone plan.

$100 a month equals $1200 a year and $5000 in four years, close to $7000 with interest, on one of those "frequent flyer miles" cards.  THAT is how the couple got into intractable Credit Card debt.  Not by spending a ton of money on one thing, like a jet ski, but rather by spending a little more - a take-out pizza here, an extra meal at a restaurant there,  a couple of designer coffees over there.

Little stuff.  It adds up.  And if you are buying a lot of it, over time, without thinking, chances are, you end up like most Americans, living "paycheck to paycheck" and wondering WTF and where all the money went.

Your personal finances are like a video game.  But it is a game worth winning and one that is essential to win.  And it is easy to win, if you pay attention.  But as I noted in another posting, there are folks out there who will play "Farmville" for hours every day, carefully counting up their virtual coins, while at the same time, not balancing their checkbook for weeks or even months.

Grab hold of the joystick in the game of life and play it!
Newer Post Older Post Home