There But For the Grace of God (and a Calculator)! 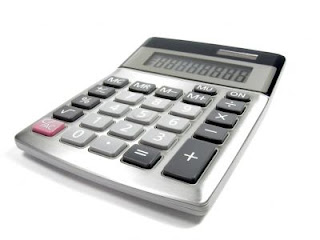 Buy a calculator.   Learn how to use it.  And use it, instead of emotions or herd behavior, to make financial decisions.
The year was 2005 and we were looking for a house in Southern Florida.  We owned a condo we had bought for $160,000.  We rented it out every day we weren't using it, and it just about paid for itself, including the taxes and hurricane insurance.
But, we decided to become full-time Florida residents and a "real house" seemed like the answer.
Just down the canal from us, in Pompano Beach, Florida, was a 2-bedroom, one bath house with a small pool and a dock.  It sounds glamorous, but it was a 50-year old house that had been tarted up with some new kitchen cabinets and such to make it look nicer than it was.  A few years earlier, the couple that bought it and painted it, had paid $250,000 for it.
They were now selling it and asking $650,000 for it.  It seemed a little high-priced.  I could see $450,000, perhaps, but even then, did it really appreciate in value by $200,000 in just four years?  (Answer: No).
I got out my calculator and did the math.  The monthly payment would be staggering - several thousand a month, even assuming we put down $100,000 as a down payment.  On top of that, we'd be looking at $3000 a year, at least, in homeowners, flood, and hurricane insurance.  And, once the house was re-assessed based on the sales price, the property taxes would top $10,000 a year.
I added this all up and came up with a $6000 a month cost to live in this house - not including the utilities!  How could anyone afford this?
And yet, the bank was ready to lend the money, and the Real Estate Agent said it was affordable, using some kind of funny loan.  And all I could think was, "Am I wrong here and everyone else is right?  Or is everyone else insane and I'm right?"
And I got out my calculator and did the numbers again and again.  This tiny middle-class house, built in the 1960's for a retiring auto worker, could only really be afforded by a Doctor or Lawyer making well over $150,000 a year - at least!
So I walked away.   There but for the Grace of God (and a calculator) I avoided the Real Estate meltdown in South Florida.  If we had bought that house, we would be in a world of woe right now!
I am quite used to "everyone else is wrong" as I grew up largely as an outcast.  I was never "in" with the popular kids in school.  Back then, they all though Nixon was the greatest President ever, that we would win the Vietnam War "any day now," and that the Monkees were better than the Beatles.
Thanks to alumni newsletters, I can tell you that, yea, they were very wrong about a lot of things in life.  The guy who was "prom king" (and king of the world, in high school) is working a manual labor job, emptying people's trash cans.  Nothing wrong with that, of course.  But king of the world, he ain't.  Hard to believe that most of the kids in high school looked up to him.
It is hard, for most people to handle cognitive dissonance.  When all the Lemmings are jumping off the cliff, it is very, very hard for most people not to join the crowd.  "Everyone is doing it!" they say, so it must be good.
Actually, in retrospect, nearly everything that "everyone is doing!" at the time, turns out to be horribly wrong.  The entire disco era, smoking pot, doing cocaine - smoking crack - all were or are "popular" things that a lot of people do, but are often personally destructive.
Smoking cigarettes was once seen as a "normal" activity that most people did.   People against smoking were dismissed as cranks.  Today, smokers are seen as white trash, and smoking is seen as a huge mistake and a marketing ploy that was used to snooker us all into trying it - and getting hooked on it.  Hindsight is 20:20.
It is hard to see at the time the correct path.  But a calculator surely does help.
When you add up the numbers and something doesn't make sense, even while "everyone" is doing it, then perhaps the logic of the calculator is trying to tell you something.
That perhaps "everyone" is indeed wrong, and you are right.
Newer Post Older Post Home