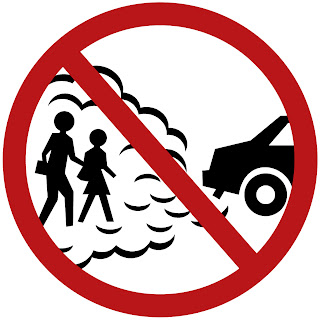 Does idling your engine cost money?
A lot of people let their cars idle - for 10, 20, 30 minutes at a time.  Some "Dads" with diesel pickup trucks will let them idle for hours, to the annoyance of everyone else.  "It's better for the engine" they say.  That is not really true, of course.  They just like being Dads and gunning their loud engines like morons and saying "look at me!  I have a diesel pickup!" as if they were Rudolph Diesel and invented the thing, instead of just making loan payments on it.

Still others, as I have noted before, cannot conceive of having fun, unless an internal combustion engine is running somewhere, whether it be a car, jet ski, generator, or whatnot.  These are the sort of people who idle engines because they like the sound of them, and prefer to have them on.  For them, operating an internal combustion engine is a big part of their lives - one of the few times in their lives they are "in charge" of something important.  To them, a commute is a joy, not endless agony.  And yea, that is pathetic as it sounds.  And these sorts of folks will tell you that you need to "warm up" your car for 10 minutes by idling it.

The reality is, of course, that modern car engines don't need to "warm up" before running them at normal speeds.  And no, shutting down your diesel engine isn't harming it in any way.  A lot of the folklore about this sort of thing is just that - folklore.  And much of it dates back to an earlier time of carburetors and more primitive fuel injection.  Starting your car doesn't hurt it.   If you are idling for any length of time at all (more than a half-minute) just shut it down.

Does it save on gas?  You bet.  Does it reduce emissions?  Yes again.  An idling engine consumes fuel and does no useful work.  And for that reason, the efficiency drops to zero when idling.  And that is one reason why hybrids can be more efficient in the city than on the highway - at the stop light, they shut off, and thus use zero gas.  Regenerative braking, of course, is the other half of the equation.

Years ago, automakers recommended you let a car "warm up" before driving.  Today, this is not recommended.  Start the car, put it in gear, and drive normally for the first few miles (no drag racing, though!).  Sitting and "warming up" a car just wastes gas.

Modern fuel injection doesn't dump gas into the crankcase like carburetors did, when starting.  That gas would wash down the walls of the cylinders, removing the thin film of oil, and increasing wear.  Today, fuel injection delivers a precise fuel/air mixture, and as a result, engines last a very long time - longer than it is worthwhile owning the car.   Today, 100,000 miles is the minimum you expect a car to go, not some fantastic maximum.

Modern multi-viscosity oils also provide better lubrication immediately, even after a cold start.  So there is little wear on start-up, as opposed to the old days.

Of course, car-makers have other reasons for not recommending idling.  Idling will cut your gas mileage pretty substantially.  The other day, when I was jump-starting my friend's Mercedes, I had the car running for about a half hour (also running my 12V air pump to pump up the tires) and when we were all done, it was interesting to note that that half-hour of use dropped the cumulative MPG on the car by two-tenths of a mile per gallon.  Burning gas and going zero miles tends to tank the mileage very quickly.

How much gas does your car use when idling?  It is hard to say, as it depends on the car and engine type.  For heavy duty trucks, some sources suggest that they may consume an entire gallon per hour, while idling.  And truck drivers tend to idle their trucks for long periods of time - sometimes to keep the cab warm while napping, and other times because they believe "it is better for the truck".   So they leave the truck idling for 4 hours while taking a nap and think nothing of it.  But if $20 fell out of their wallet, they'd be pissed off.  Truck drivers are not the brightest bulbs on the Christmas Tree, particularly now that wages have dropped to almost poverty levels.  Taking any advice from a truck driver these days is pretty dumb.  Heck, they text while they drive!

Long-term idling can actually harm some engines - not enhance them.  Diesel engines in particular are more prone to coking up (carbon buildup on the cylinder head, valves and piston face) when idled for long periods of time.  And long idling times for passenger cars merely incurs additional wear.

Does it wear on the starter to restart the car?  Perhaps, but modern cars, with fuel injection, crank far less than cars of old.  Starters last far longer today than they did even 10 years ago.  The amount of extra wear is negligible.

Is idling dangerous?  It can be.  I saw one lady the other day at the gas station, idling her car while refueling.  Not only is this wasting gas and arguably unsafe, if you open the gas cap on most cars, while the engine is running, it will set off the "check engine" light.  In addition, if a car is idling, it is at greater risk for popping out of Park (for automatics) and into reverse, and running someone over - possibly yourself.  Every year, people die when they are run over by their own cars (these idiots never use the parking brake, but don't get me started on that!).

But how much gas does a vehicle use while idling?  This website claims a car, at idle, consumes about 0.026 gallons every ten minutes (about .156 gallons per hour).  Others, such as this police officer, claim more - a half-gallon per hour, at idle.   Still others suggest 0.2 to 0.3 gallons per hour is a better figure. Using the former data, which seems to be more commonly accepted, your car will burn about 62 cents of gas an hour.  That doesn't sound like a lot, because it isn't.   And who idles for an hour a day?

Not a lot of money, to be sure.   But then again, if I saw a $100 bill in the street, I certainly would pick it up.  I prefer not to idle because I don't like the smell of car exhaust, and I prefer the silence of nature to the rumbling of engines.  Unfortunately, I am in the minority on this issue.


Idling cars are usually the sign of idling minds.