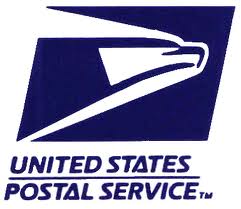 
People like to panic and freak out.  And the media is complicit in creating this atmosphere.  If you watch that shit, you might come away with the idea that our world is confronted with a number of intractable, unsolvable problems and is about to spin out of control.

Actually, nothing could be further from the truth.  Our world is confronted with a lot of easily solvable problems.  The only problem we have is the lack of discipline and willpower to address them.  And this usually is because one group or another wants to gain special advantage from every situation - or feels that others should sacrifice while they don't.

The postal service is an example of this concept, on a smaller scale.  A US Government Corporation, the Postal Service is entirely funded by sales of postage.  Your tax dollars do not subsidize it in any way.  Please re-read that last sentence before you go off writing comments on news sites about how "our tax dollars" are at work here, or "why oh why" can't the Post Office sort things out.

Well, actually, they are.  Mail volume has dropped dramatically - and will continue to do so.  Welcome to 2011 and a new century.  No one is going back to mailing checks or getting bills in the mail - no matter how much you wish it so.

So, yea, we need to get rid of Saturday delivery - we should have done it 10 years ago!  And yea, postage has to go up - to the levels it is in other countries.  In most other countries, letters cost 50 cents to a buck to send.  Why do we demand cheap postage - and then whine about the service?  Pick one.

The point is, the "problems" at the Postal Service are solvable - and will be solved, by reducing service levels, reducing overhead, raising postage, closing smaller offices, and having fewer days of delivery.

End of the world?  Hardly.  And you know why?  Because most of us don't use the postal service anymore, other than for packages.  You can't expect them to run a Cadillac service when no one is riding.  It is like having Amtrak run trains to places where no one wants to go - and subsidizing the fares.  Oh, wait, Amtrak does that already.

But again, the problems with Amtrak are easily solvable, too.   Just privatize it.  Lines that are profitable will thrive, lines that are not, will close.  It is not like people don't have bus service.  Running unprofitable trains just to be romantic makes no sense at all.  And before you blather on about Europe and Japan, bear in mind that their vaunted train services are facing the same pressures - and less profitable lines are closing and fares are staggering.

Or take our budget "crises" - we cannot balance the budget!  Oh, woe is me!  We physically cannot add up a column of numbers to make them zero out.  Cannot be done!  Physical laws prevent it!

Well, actually not.  It is just that we have two groups who refuse to budge on anything.  No tax increases and no budget cuts means an impasse.   And the impasse is being engineered by both sides for political gain - so each can say "I told you so!"

Fixing the actual problem would take about a week - once you knocked some heads together.  But, alas, we choose not to solve the problem, because it is more fun to stick to dogma.  We voted for these clowns - we get the government we deserve!

On a personal level, the same is true.  People complain that they have "no way out" of debt problems - or that they are facing foreclosure and don't know what to do.  But often their "way out" of debt problems is getting rid of stuff, downsizing their lifestyle, and then paying off their debts.  Or declaring bankruptcy.  Or letting the house to go foreclosure (or doing a short sale) and starting over again (people live after foreclosure, all the time).

Oh, but wait.  They don't want to do that.  Their bone is, they want the debt to go away, but they want to keep the monster truck, the Harley, and the jet ski.   They want to pay down their credit card debt, but keep cable TV and their cell phones.  They want the foreclosure crises solved in a manner that lets them keep a $500,000 home, while making payments on a $250,000 level.

They want their cake, and eat it, too.  And increasingly, our society caters to these folks.  Democrats go along with Republicans' absolute standoff on taxes.  The Democrats are expected to give in at every quarter, while the GOP keeps its perks.    People demand bailouts - on a personal and corporate level - and we give them to them.

There are no such things as insurmountable problems - only the lack of will to address them, simply because one side or group wants to "win" at the expense of everyone else.

Perhaps we can't change the world in that regard, but you can address the personal problems in your own life - and in fact will be forced to do so, in one way or another.  Waiting for a bailout or a miracle, or just hiding under the bed, hoping it all goes away, isn't an answer.
Newer Post Older Post Home