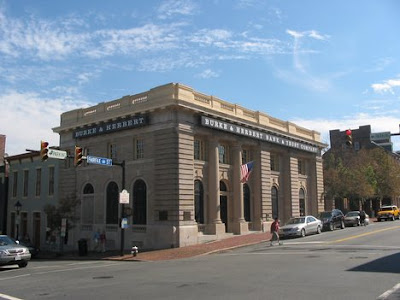 Many people, particularly the poor and minorities, are afraid of banks.  Why is this?


I have addressed this phenomenon before here, the tendency of the very poor to not only get raw deals in life, but to apparently seek them out.  And when it comes to banking, the poor seem to seek the worst deals.  It makes no sense to me at all.

Payday loans, check-cashing stores, finance companies, rent-to-own furniture, buy-here-pay-here car lots, pawn shops, title pawn loans, money orders, and the like - all examples of bad financial bargains and marginal banking practices.  They charge high fees and staggering interest rates.  Why would anyone use these institutions, when you can cash a check, for free at the bank?  Why get a loan from a Payday loan place, when the bank is offering far lower interest?

Vance Packard, in The Hidden Persuaders, seems to have the answer:

"Dr. Dichter [investigated] the paradox of the the great growth of loan companies in spite of the fact most banks were offering loans at lower interest and were more lenient in accepting people for loans.  His conclusion was the loan company's big advantage over the bank was its lower moral tone!  The bank's big handicap...is its stern image as a symbol of unemotional morality.  When we go to a banker for a loan, he points out, we are asking this personification of virtue to condescend to take a chance on us frail humans.  In contrast, when we go to the loan company for a loan, it is we are are the virtuous ones and the loan company is the villain we are temporarily forced to consort with.  Here, it is we, the borrowers, who do the condescending. ....  We shift from feeling like an 'an unreliable adolescent to filling like a morally righteous adult.  The higher cost of the loan is a small price indeed to pay for such a great change in outlook.' " (emphasis added)

When I read this, I nearly fell out of my chair.  The answer, which had been mystifying me for years, is is obvious and apparent, in retrospect.  And we've all been in this situation, at one time in our lives or another, having to go, hat-in-hand, to the banker for a car loan or home loan, and being told, politely, to buzz off.  But the finance company or the mortgage broker - they are your friends, eager for, and ready to compete for your business.

At the bank, we feel like a supplicant, begging for favors at the whim of the imperial banker.  We believe (wrongly) that we are "lucky" to get a loan.  We expect our bankers to be stern and strait-laced.  After all, we are entrusting them with our money, and don't want them taking wild chances doing something irresponsible, like loaning money to the likes of us!   At higher-interest finance companies, on the other hand, we feel it is they who are lucky to get our business and the entire tone of the transaction changes - they are friendly to us, and encouraging.  As well they should be, as they make a ton of money out of Joe and Josephine Paycheck.

Similarly, my immigrant friend went to a check-cashing store because she was afraid of the bank.  Her English skills were not great, and she felt that the people at the bank would be laughing at her, or somehow deport her (she had legal resident status) or otherwise get her into trouble.  And no doubt, such stories were spread and reinforced by La Tienda check-cashing store, where everyone was so friendly and spoke fluent Spanish - while charging her $25 to cash a check.

But of course, this is mostly a matter of attitude not of reality.  Once you are fairly well established, your local bank or credit union will loan you money - for a car loan or a mortgage - and usually on far better terms than a finance company.  Banks exist to loan money, and if they cannot make loans, they go broke.  But they want to make good loans, with low risks, and offer reasonable rates.

The bank above is Burke & Herbert Bank, in Alexandria, Virginia, the oldest bank in the Commonwealth.  I first met Taylor Burke by phone, when he called me about a loan I wanted, to buy my office building at 917 Duke Street.  We talked for a few moments and he asked me what interest rate I was looking for.  I optimistically was hoping for 9%, a good rate in 1995 for a commercial note.  He said "9.5%" and I replied, "I'd prefer 9" and he said, "We'll see."

I hung up the phone and wondered where on earth I had rented the balls to talk to the President of the local bank that way.  But one reason I did was I had nothing to lose - I needed more debt like a hole in my head.  Taking on a risky speculative Real Estate investment didn't seem like such a good idea, anyway.  Two weeks later, I showed up at the closing, and whaddya know?  The loan document is there (hand-typed) at 9%.

It turns out that Bank Presidents (or Vice Presidents) don't bite - or even bark much.  Being afraid of a bank - as the Father character (played so well by the underrated Christopher Walken) in the movie Catch Me If You Can so famously modeled - really makes no sense at all.

And my experience with Taylor Burke was no fluke.  I later refinanced the note with another local bank, making an acquaintance with a local banker, who later opened up his own bank (with a few of his friends), AccessNationalBank.  I invested $10,000 in that bank, it is worth over $50,000 today (and yea, I sold about half my stock in it, so I got my money back).  Banks, it turns out, are no big mystery.  They are a business, like any other - and they need paying customers to survive (emphasis on paying customers).

Banks live to loan money - it is how they make money.  They don't make money by making change.  Yet a lot of people would believe the latter.  Seriously.  How do they make money at it?  Volume.

And yet, many people are scared of banks - as the Packard quote above illustrates.  And when I was younger, I too, went to finance places and high-interest loan deals, convinced I was "lucky to get a loan" and that the interest rates charged were what I deserved.  And too, I also felt that, for the rates they charged, I could afford to treat them like the supplicant, to some extent.  After all, they were making good money off of me, they had no right to complain.

It was only when I got older and more confident - and more experienced - that I realized I was getting some pretty crummy loan deals.  And from then on, I never took any raw deals, junk fees, high interest rates, or other crap from the money-lenders.  And of course, some of those crummy loan deals I took out as a youth, I should have avoided entirely.

And it is all a matter of attitude.  And that is one interesting aspect of wealth is that your attitude affects how wealthy you are.  And by this, I don't mean some stupid "prosperity theology" nonsense, where you pray to Jesus for a new Lexus, but the simple act of changing your attitude toward financial institutions.  And no, by this I don't mean just spending money to "act rich" while running up debt.

A few years into my practice, I called my friend at the new bank and asked him about a loan.  I had several loans by them, for investment Real Estate, and was looking to do one more.  He looked at my financials and said that they didn't feel comfortable loaning me more money.  He was sorry, but that was it.  I told him not to be sorry, but thanked him instead, and he was a bit taken aback.  "When your banker tells you they won't loan you money," I said, "you should listen to that good advice and stop borrowing."  I thanked him for some good advice.

And he was giving good advice, too.  Borrow less, save more, and I started doing just that.  Too many other people think the banker is "being mean" in denying their loan, and instead turn toward high-interest rate, high-fee toxic loans, which are not only a bad deal, but usually the first slippery step toward bankruptcy.  If a conventional bank turns you down for a loan - listen to them.  Chances are, you should not be borrowing the money.  And in most cases, you don't "need" to borrow the money (no, a new car is not a "need" but a want).

Banks are your friend.  If you fear banks, ask yourself why.  If you are like one of the many thousands of people who post snarky comments about Bank of America on discussion groups - because they charged you a bounce fee, when you bounced a check - ask yourself if it is the bank's fault, or your own.  Living life as a supplicant - as passive victim of circumstances, begging for scraps - is never going to get you anywhere.  Being assertive - and fiscally responsible - will take you anywhere you want to go.

And you'd be surprised how friendly banks can be, when you have good credit, pay your bills on time, and aren't afraid to look the President of the Bank in the eye - and not blink.
Newer Post Older Post Home