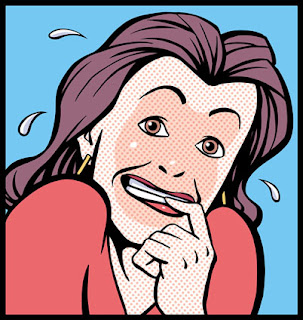 Never feel embarrassed about making financial mistakes.  The powers-that-be want you to be ashamed of your mistakes, so that you don't think about them, and moreover don't warn others.

We all make financial mistakes - most of the time, in fact.  But most of us don't want to admit to them, as we believe that "everyone else" is so much more financially astute that we are, and we would look like a fool for falling into an obviously baited trap.

People get snookered all the time.  And con artists count on you being too embarrassed to admit to it.  So, your silence prevents others from being warned about a con-job.

I first ran into the effect in the Patent business.  Unscrupulous Invention Brokers (there are no other kind) would con people out of thousands of dollars.  Ashamed and embarrassed, people would not speak up about how they were conned, thinking that folks would assume they were stupid or senile if they said anything.

And of course, some Weisenheimer will say just that - oblivious to the fact that he himself was conned out of dough, many times.

And even famous, successful people get snookered.  Chelsea Clinton's Father-In-Law, a former Congressman, no less, was snookered in an obvious Nigerian Scam.  He got into it so deep, he stole money from his clients and ended up going to jail.  No, really.  Truth is stranger than fiction.

The problem most of us have is that we don't want to own up to shoddy financial decisions and poor financial practices.  And you see this all the time in online discussions or at the local cocktail party.

A friend or acquaintance tells you that "Leasing a car makes sense!" - and the desperation in their voice gives away the fact that they are seeking validation of their poor choice.  And often, others will give this validation, as they want to be similarly validated.  And thus, at the cocktail party at the neighborhood cul-de-sac, everyone validates everyone else's poor financial choices, and the cycle of debt continues.

It is easy to assume that your neighbors are doing better than you are.  After all, they have a shiny new car and just put an addition on their house!  But the reality is usually that they too, are in debt up to their eyeballs, owning a lot of "stuff" but paying interest on all of it, and having no money in the bank.

The first step to financial freedom is to confront your own behavior and not try to hide it.  And if you are married, you might find your spouse is not happy about this.  "Can we talk about something else?" is the comment I hear - a lot.  "It is depressing to dwell on it.  OK, so we made a financial mistake - forget about it and move on!"

But forgetting about it - burying it - is never the right answer.   Because by "putting it out of your mind" you will end up doing the same thing, over and over again.  You can't cure the problem of over-spending and accumulating debt by "forgetting about it."  That never works, period.
Newer Post Older Post Home