Does Libertarianism Make Any Sense? 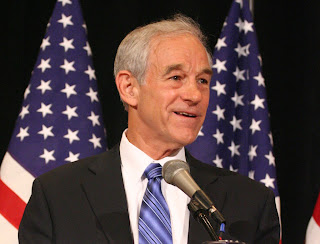 Ron Paul and Ralph Nader - they turn up every four years, like a bad penny.  Does Libertarianism make any sense?  In general terms, yes.  But when you start to examine it carefully, it slips through your fingers like sand.


Libertarianism is getting a lot of press these days.  It is an attractive philosophy - the rugged individual, shunning the workings of our bloated bureaucracy and government.  And by promising lower taxes as a result, well, it is appealing to most Americans, who are paying about half their incomes in Federal, State, Social Security, Medicare, Sales, and Property taxes.

Unfortunately, the problem most people don't realize is that while they pay half their incomes in taxes, about half the payout from the Federal Government is back to citizens in the form of Social Security, Medicare, Welfare, unemployment, and the like.  Like it or not, at some time in your life, you will be suckling at the government teat yourself, if you are an average middle-class American.

And that is assuming that you do not derive your income in whole or in part, directly or indirectly from government sources.  If you are a Libertarian, and work for Boeing, Lockheed-Martin, or any other government contractor, you really are a hypocrite.  And even if you just run a cafe down the street from the Lockheed plant, you really are deriving most of your income from government largess.  Be careful of what you wish for!

Everyone, I believe, should be given a paid vacation to Costa Rica, to see what happens when you lower taxes to nothing.  The roads there are atrocious, and going anywhere more than 30 mph is risking death.  Want to drown government in a bathtub?  Fine.  But I'd rather not live in a third-world country.

The entire philosophy negates the idea that the creation of our Democratic, Federal-style government is one of the greatest achievements of the last 200 years. We decry gridlock in Washington and pork-barrel spending, but fail to realize that, compared to most of the planet, this is as good as it gets.  And moreover, the things we are complaining about are not far different than those complained about in 1950, or 1900 or even 1850.

People fought and died to establish and preserve our system of government.  We should not throw it away based on some trendy philosophical point of view.

But again, some of these arguments in the abstract, have merit - until you look at the details.

Abolishing FEMA, for example, is an interesting argument.  Ron Paul notoriously said that we should eliminate air conditioning for our troops in Afghanistan and then "give the money to FEMA or whoever needs it."  But then he says we should abolish FEMA.  Make up your mind - but logical inconsistencies are a hallmark of Rand (Father and Son both) thinking.

The argument against FEMA is that providing low-cost flood insurance for coastal areas - as well as disaster relief - promotes people to build and buy in low-level flood-prone zones. As someone who lives at 11 feet 5-1/2" above sea level (6.5" away from the FEMA flood insurance cutoff level - yes, we measured) I have to, ironically, agree. Subsidized flood insurance does allow us to live here, inexpensively, although insurance costs are still about $2500 a year overall - for flood, fire and wind.  They were $3000 a year with another company - and I seriously thought about moving to reduce the cost.  If the cost were not subsidized and say, $5000 a year, well, I would think harder about moving to higher ground.  And builders would think harder about building on stilts or raised ground.

But of course, FEMA is not just in the flood business, and when a tornado wipes out a whole town, there should be some sort of efficient and proper response from the government to assist.  After all, we can't just tell farmers to "not live in the Midwest, because there might be tornadoes."  And disasters can strike anywhere - earthquakes in Missouri, floods in Vermont, hurricanes in New England - as we have seen in recent years.  They are, by nature, unpredictable.

Paul also believes in eliminating safety standards for cars, arguing that the "market" will decide what is an acceptable level of safety.  Again, in the abstract, it sounds nice - after all, who would sell an unsafe car, say, the Pinto, the Corvair, or the VW Beetle?  And while you could always sue the manufacturer after your husband is burned to death in a fiery crash, it really is too late to bring him back.   And guess what?  These Libertarians are usually the first to decry "unnecessary litigation."

The problem with this argument is that we tried it, already.  In the 1950's, long before Ralph Nader, people were arguing that cars were unsafe - and they were.  For a brief period in the 1950's some manufacturers tried to sell "safety" in their cars - and it flopped.  Others touted giant chromed fins, and those sold like hotcakes. 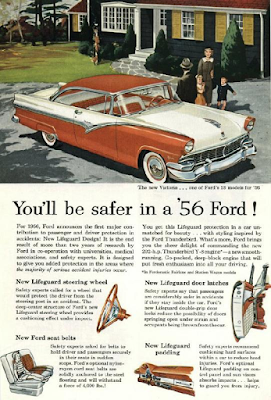 Ford briefly tried to sell "safety" in the mid-1950's.   Buyers didn't want to be reminded they might die in their cars.   Ford gave up and went back to selling chrome and big V-8's.  The free-market isn't always the most logical or rational actor.

The idea that the average person on the street will properly perceive safety and risks of high technology is flawed.  Most will gravitate toward low price, gaudy features, and a loud exhaust.  If crash requirements were eliminated tomorrow, airbags would exit cars the day after.

Paul, like most Libertarians, makes some good points. Government actions and subsidies have unintended and often negative consequences.  Guaranteeing mortgages and student loans directly caused the mortgage crises and today, a student loan crises.  When banks lend money not based on real risk perceptions (which are smothered by government guarantees) then their incentive is to loan as much as possible to a person, regardless of whether they can pay it back.  And as a result, prices, for both houses and college, skyrocketed.  Throwing money at problems doesn't make them better, and in fact, usually makes them far worse.

And he is correct that government regulations can go off the rails sometimes.  But the worst excesses of this are not because "Enviro-Nazis" are preventing citizens from dumping their used motor oil into the wetlands, but because staunch Republican Businessmen use these same regulations to give their own industries and companies a "leg up" on the competition.  Our system of regulation is often corrupted in this way - blatantly favoring one player at the expense of the other.  Regulations, even if "excessive" if applied evenhandedly, affect all industries equally and thus are not an excessive burden to some.

I think a better approach is to push for better government.  Smaller, perhaps, but better managed, yes.  We should rein in any "free money" from the mortgage business - and stop putting the Federal Government in the housing business.  And we should do something to cut back on student loans - by cutting the cost of education.  In the medical field, the government has been aggressive about limiting payouts for medical procedures.  It is a shame they can't do the same for college - limiting the amount they will pay for - or guarantee in student loans - based on the actual cost of an education, not the bloated costs we are seeing today.

The bottom line for Ron Paul is this:  Ain't Gonna Happen.  While he has some good ideas, his overall philosophy falls apart upon close inspection - and would be a disaster for our county.  And the idea that Congress would go along with his agenda is, of course, preposterous.  Even if elected, he would be merely a divisive leader who would not be able to rally his own party behind him.

But if he was nominated, President Obama would sleep soundly until November.  Like Sarah Palin, he is a "dream candidate" - for the opposing side!
Newer Post Older Post Home