Should You Become a Fan? 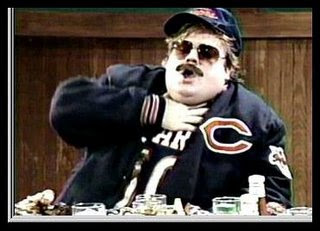 Many people try to drown out the deafening silence in their lives by being super-fans of a sport, a star, or a product.  Is this a constructive way to use your free time and disposable income?


FAN is short for "fanatic" and refers to a person who follows a sports team, a celebrity (actor, musician, personality) or product (car, cell phone, computer, service).  To some extent, we are all fans of one thing or another - or at least enthusiasts.  Whether or not going to a football game makes us a "Fanatic" is another matter.

But for some folks, fandom becomes an identity - a prism through which they view their entire lives.   Their identity is tied up, first and foremost, with their team or celebrity, or product, on which they spend copious amounts of money, as well as time.

Is this really a good idea?  Or is it taking things a little too far, in an attempt to drown out the deafening silence that fills our lives - our fear of death, and our search of meaning, identity, and roles to play.

While living in Washington, D.C., we saw this sort of fandom taken to extremes.  People would paint their houses in Redskins colors - and paint their cars as well - complete with logos and stickers.  And they would turn a basement play room into an altar to the team - with logo'ed items, team souvenirs, autographed photos, and the like.

And it becomes a bit of a competition, particularly after the Washington Post published an article about such super-fans.  And I am sure that Washington is not unique - that other cities have similar "fans" of their local franchise, who take a good thing and take it a little too far.

But people do the same thing with celebrities - setting up tribute sites, rooms in their house with tribute items, souvenirs, autographs, etc. - or they nearly stalk their celebrity (or actually stalk them) attending every concert and appearance possible.  I knew a lady who was an Engelbert Humperdink fan - she had been to nearly every one of his performances.  Go figure!

People obsess about cars, too, turning their garage into a religious altar to the almighty Ford or Chevy logo, or perhaps BMW.  They build "Man Cave" garages, replete with draft beer systems and pool tables, where they can sit back and relax in the company of their automobile.  How odd.

What is telling, in these situations, is that it is often a one-way relationship.  While the football team may appreciate you spending a lot of money on tickets and licensed items, they really are not as big a fan of you, as you are of them.  You may go ga-ga for Lady Ga-Ga, but she doesn't know you exist.  But thanks for the $90 Million, she says.  You may get a Chevrolet or Harley tattoo on your arm, or wear a hat that says "FORD" on it.  But trust me when I say that the folks at Ford are not wearing a hat that says "Bill" on it.  Again, thank you for the money, but they don't know you exist.

This is not to say these things can't be enjoyed.  My neighbors in Alexandria had season tickets and went to Redskins games all the time - even when they sucked (which all teams do, usually after winning the Superbowl).  For them, it was a time to get together with their adult children for a family event.   But they did not paint their house burgundy and gold - or their faces, for that matter.

People who are extreme fans or become obsessive fans are, I think, trying to fill a void in their lives.  Being a fan, to them, becomes a competitive sport.  They want not only to be a fan, but the uber-fan, the ultimate fan - the expert on the team, celebrity, car, or whatever.  And these sorts of folks can be annoying as all get out, as they spend most of their time trying to tell you how they are super-fans and you don't know squat.

But of course, it is hard to take someone seriously who has painted themselves in team colors, isn't it?
Newer Post Older Post Home