What's a Car Worth? Part II 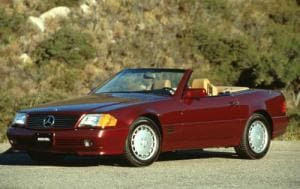 The inability to value things is one sign of math-impairedness in this Country.

One thing that annoys me is when people are unable to grasp numbers.  A friend of mine tells me that something is for sale.  I ask them, how much?  And they say, "I don't remember."

So I press further, "Is it more than a dollar?  Less than a Million?"

And they say, "Of course! Don't be ridiculous!"

And they say, "Well, I don't remember the exact amount!"

I reply, "I'm not asking for the exact amount.  Exact amounts are meaningless, anyway.  I just want the ball park figure.  Was it less than $10,000?"

And so on, until we establish that the price was between $225 and $250, which is pretty good, considering he said he "couldn't remember the price."

But it illustrates how people are taught Math poorly in this country.  Kids are taught there is a "right answer" to every math problem, and if they don't get the correct answer, their knuckles are rapped with a ruler and their friends will laugh at them.  So for most kids, not answering at all is the safest route.

In 8th grade, we did a "unit" on estimating, and the kids nearly freaked out.  The teacher was trying to instruct us on how to estimate things - how to quickly figure out the rough idea of what was the correct answer.  And estimating is so important in life - perhaps moreso than getting the "right answer".   If you are trying to figure out how many shingles you need to re-roof your house, you estimate the size of the roof and go from there.  You don't try to figure it out to the last shingle.

But the kids in class freaked out.  How could you give an answer that was not "correct?"   And moreover, if there was no "right answer" how could you tell if you were right?  Kids want boundaries and they want things black and white.  They want to be able to look up the "correct" answer and be done with it.  And it is an example of weak thinking and it pervades our life in America today - that there are "right answers" to "secret tricks" to solving all our problems, and no grey areas are allowed.

But when it comes to pricing things, whether they are Nuclear Reactors or a chipped teacup at your garage sale, there is no "right answer" but rather a very large grey area as to what the market will bear and what you can specifically negotiate.  And this tends to freak people out, as they worry they are giving away their broken teacup for too little, and thus will get "ripped off".  And perhaps this is how hoarding starts - when people get so paranoid about "giving away my good stuff" that they instead squander it by keeping it.

But pricing any item is not hard to do.  And in a way, it reminds me about the old joke about the Philosopher and the Socialite at the cocktail party:

And when it comes to "haggling on price" that is one way to start, at the outliers and work your way inward.


Is this car worth $1?  Sure, but more than that.  Is it worth a million dollars?  No, but it is not an utterly ridiculous question.


This car, new, sold for the staggering price of $83,730 when new in 1990 - which is something I am still trying to get my head around.   This makes my M Roadster, which stickered for $44,000 nearly a decade later, look like an economy car.  The SL Roadsters were very pricey cars.


They made enough of these cars that, despite its quasi-exotic pretensions, it is really just a regular old car, and will not be "collectable" anytime soon.  They made far too many of them for regular depreciation curves not to apply.  And collectable cars need to be about 50-60 years old before they appreciate significantly, which is one reason why the Pimp Barges of the late 1970's may be good bargains for the collector right now.

Moreover, in order to have any measure of collect-ability, it should be in much better condition that it is.  From the listings and pricing sheets we found in the last posting, it appears that there are some of these cars out there with very low mileage and in very good shape - garage kept, new top, new tires, new brakes, all fluids changed regularly, like-new interiors, etc.  These are cars that look nearly showroom new.  And they are selling for $15,000 or so - asking price.


Clearly, this means the car in question is worth less than that.  So, we are now hemmed in by two indicia of value.  The book values seem to point to the sub-$10,000 range, for a car in "average" condition, and our price listings do show some in that price range which look to be in about the same condition, if not better.


As I noted in the previous posting, he would be smart to sell the hard top separately.  There is likely some aficionado out there with an immaculate car who would spend $800 to $1000 on the hard top.  Throwing in the hard top with the sale of the car would add little value, and often the people buying the car don't want the top (as happened with my two Cabrio sales).


Now, here is the hard part.  One reason this car has sat for three months un-driven was that it was someone's "dream car" and they don't want to let it go for "just nothing."  This is, of course, emotional thinking and it gets in the way of life.

Knowing when to unload a vehicle is important, and not driving or using it is one sure indicia.  And this happens more often than you might think.  A lady nearby kept her dead son's car in the driveway for five years, before selling it for half the book value, to "make it go away".  She couldn't deal with selling the car (hint: ask a friend to deal with it) and found it comforting to see his car in the driveway, as she put it, like he was still home.

Or another friend, who has her late husband's "dream motorhome" which cost $100,000 new, but has been sitting for the better part of a decade now, un-driven.  On his deathbed, he tells the now-widow, "Don't just give that away, honey, we special ordered it!"  But in the interim, a major recession has intervened, motorhome manufacturers and dealers have gone bankrupt, the demand has fallen, and of course, it has been sitting for nearly a decade.  She won't sell it for "nothing" but every day it sits, it gets closer and closer to "nothing" in value.

Motor vehicles rarely appreciate in value.  Even rare collectable cars are usually worth a lot of money because they cost a lot of money to restore.  That $50,000 restored muscle car represents a loss to the guy who restored it, in most cases.

But more pedestrian rides?  They depreciate on a near-linear scale.  Even cars that "hold their resale value the best!" don't hold it very well or very long.  Hanging on to a car to "get your price" only insures that you will get less.