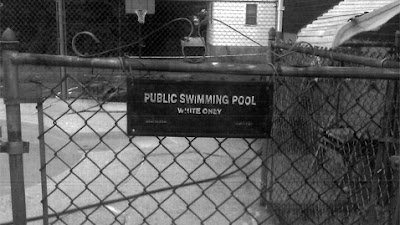 Normative cues, in addition to laws, can be used to keep people down.  And often the normative cues - societal values - are stronger than the laws that codify them.