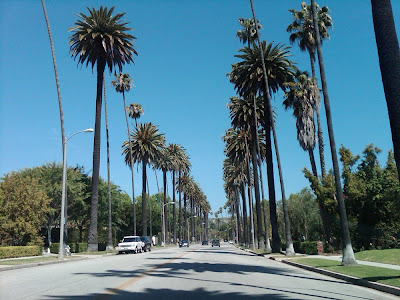 Boyle's Law states that a gas expands to fill a container (so to speak).  From the 1960's until today, the population of the Continental United States expanded to fill a lot of "empty" States - and many are now full and perhaps over-full.  Once prosperous States like California are no longer the land of golden opportunity.


When I was kid back in the 1960's, a huge chunk of the U.S. Population lived in the Northeastern United States.  All the major colleges and universities where there, most of the most populous cities.  And most Corporations were headquartered there, as well a most manufacturing.  In a band from Boston to Michigan in the West, to Washington DC in the South, an enormous portion of the U.S. Population and manufacturing was based.

Air conditioning existed back then, but was not as ubiquitous as it is today (most homes in the Northeast, even those of wealthy people, had no A/C, as it was thought to unnecessary).  Most Southern States, and in particular, the Southwestern States, were sparsely populated. Even glittering Las Vegas was just a pretty cheesy short strip of small hotels and casinos - seriously, check out some of the "rat pack" photos from back then and look how small everything was, compared to today.

California, of course, was home to a lot of people and had two major cities.  But the majority of the State was agricultural, not industrial.   Silicon valley was just a bunch of orange groves.

But in the late 1960's and early 1970's, all the baby-boomer kids started to graduate from college and sought out careers.   And the crowded Northeast, with its decaying industrial base offered few opportunities for them.  As it was throughout the history of the U.S., "Go West, Young Man" (an epithet originally applied in the early 1800's to Western New York" became the mantra of a new Generation.

And so, a lot of people started to fill out these empty States - places like Colorado, Arizona, Utah, New Mexico, and of course, California.  The explosive growth in places like Phoenix (ugh!) has all taken place in the last 40 years - turning small charming towns into mega-cities with urban sprawl problems.  Denver has the same problem.  And as people move away from overcrowded California, places like Austin, Texas, or Portland Oregon are starting to feel the pinch.  No one, it seems, likes emigrant Californians (Californian jokes are popular in all such places).

Populations, like gases, expand and move to fill an empty space.  In this case, the pent-up population of the Northeast spilled outward to other, less populated States during the last half-century.  But unlike Boyle's law, people do tend to clump in groups, rather than fill spaces evenly - which is how they ended up clumped in the Northeast to begin with.

People stay in places for sentimental reasons (like Flint, Michigan - who would want to live there?) or because they have no motivation.  In other circumstances, people flock to places viewed as prosperous (California, Florida) without a real idea of how to make a living there.  Moving to a more prosperous State, as I have noted before, is a good idea.  But when a State accumulates too many unemployed people, people on welfare, criminals, and other hangers-on, it no longer is a prosperous State or a place for opportunity.

And that is happening to California and Florida.  California remains a staggeringly expensive place to live - and Florida property taxes aren't cheap, either.  As a result, the cost/benefit of moving to such places is strained.   I have been offered jobs in California, but after examining the cost of housing stock, the cost of living, and the lifestyle involved (horrendous commutes, crowded highways, high crime rates), I took a pass.  That was in 1999.

This is not to say that California is a crappy place to live or that there are no opportunities left there.  Rather, the population has migrated there, like gas fills an empty void - and as a result, it no longer is the "land of opportunity" it used to be.

The key is, I think, for young people, is to spot where the opportunities for the future may lie.  Back in the 1960's and 1970's, it was unorthodox for people to move to the "Sunbelt" as it was called.  "What on earth is in Utah?" we asked our friends moving out there (short answer: more than just Mormons and sand).  It took vision to think outside the box and think that maybe better opportunities lie in places other than run-down rust-belt towns and cities of the Northeast.

Where the opportunities today are, I can't say - being of the older generation.  And career advice from the older generation is always suspect.  After all, my parents, teachers, and even college professors all told me that I was "wasting my time" programming computers - after all, there is no money to be made in software.  And the next generation was told, no doubt, that there was no money in creating websites.

And many Californians are doing just that - moving to places like Texas, Colorado, Arizona, and the Pacific Northwest, where jobs are expanding and taxes are still fairly reasonable.
Newer Post Older Post Home