The Death of Dynastic Wealth 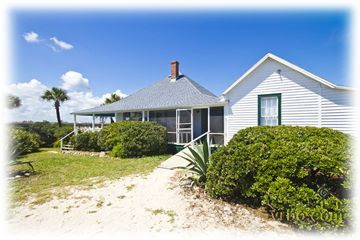 We rented this house that belongs to the heirs of the Mellon fortune.  While there is still a lot of money in the Mellon family (Bunny famously giving a pile to John Edwards recently) it isn't like the glory days. This cottage is all that remains of the Mellon family compound.  And unlike the old days, schmucks like me can rent it out for $200 a night.


Before the creation of the income tax, there was some dynastic wealth in this country.  However, even back then, money passed from generation to generation tended to dissipate - it is a mathematical certainty.

Many people decry dynastic wealth.  And in a Democracy, where everyone is supposed to succeed on their merits, the idea of inherited wealth is an anathema.  Fortunately, inherited wealth doesn't stick around long, from generation to generation, particularly in this country.

Part of this - a large part - has to do with simple mathematics.  If you are Andrew Carnegie, and you have a number of heirs, your fortune is divided by that number.   They in turn have heirs, and the fortune divides again - and again - and again, with each succeeding generation.  As the family fortunes become smaller and smaller, it becomes harder to afford to keep giant mansions and the like, and often these end up being sold off.

Just South of us is Cumberland Island - once the home of Andrew Carnegie's brother and their famous mansion, Dungeness.  Today, it is part of the National Park service Cumberland Island National Seashore, and for a few dollars, you can go over there and rummage around in the ruins of their once-proud mansion.  Some of the Carnegies are still there - on life estates - but the lots have been divided up, again and again, until the wealth dissipated to the point where selling out to the Government seemed like a good idea.  And this is not atypical of what happens to dynastic wealth.  The power of division, over a number of generations, will naturally dissipate wealth.

The second effect is that often the heirs are not as astute with money as the scion of the family that built the fortune.  Andrew Carnegie had no offspring, and gave away most of his money.  He gave a substantial portion to his Brother, and it was that money that built the mansions on Cumberland Island, which in retrospect, were destined to become white elephants over time - as they were located on a remote island and required a staggering amount of upkeep in a marine environment.

And having inherited wealth is one sure way to suffocate that fire of burning desire.  If you inherit a small fortune, your have several options at your disposal.  You can manage your money carefully and live comfortably for the rest of your life without working.  You can double-down your bet by taking wild chances to make even more money.  Or you can squander it all as a playboy and be broke in a few years.  People try all three, of course.  But the first choice is the most logical of them all and makes the most sense - as it has a guaranteed outcome and result.

The sons and daughters of the wealthy rarely end up creating yet more wealth - although some do, on occasion.  Many squander all their inherited wealth in short order.   Most just slowly spend it all and live comfortably.  But for the most part, the wealth dissipates, slowly, over time.

Before the creation of the income tax, this dissipation took much longer, of course, and in the 1800's in America, there was such a thing as "old money" and people from "the right set".  But by the turn of the Century, events were changing this paradigm.  People were making new money from new technologies and inventions.  World War I and the income tax started to change things.  And in short order, "Old Money" and its decadence became old hat.  Books such as The Magnificent Ambersons or many of the tomes of Louis Auchincloss chronicled the demise of old money and the old families.  A new form of wealth was being created - far different than the old.

And since then, America has changed dramatically.  We no longer breed debutantes like cattle - picking proper partners from "correct stock" and the right families.  The wealthy today are largely first generation wealth and inherited wealth is no longer looked upon with awe or reverence, but rather as something decadent and perhaps slightly obscene.  Perhaps it is an American virtue, but we value money earned more than money given.

Our European cousins are a bit behind in this regard, although onerous taxes have resulted in the sale of the stately homes of England to rock stars and Americans.  But Britain, in particular, still clings to the tattered remnants of a class system.  But today, the people being knighted by the Queen are successful businessmen and media stars, not scions of old wealth.

Is this a bad thing?  Of course not.  The recirculation of wealth provides better opportunities for everyone.  And today this is far more true than in the past.  There are some who decry wealth as an evil in and of itself - and that people, like Bill Gates, who accumulate staggeringly large sums of money far in excess of their contributions to the world, should be stripped of that wealth.

But for myself, I am not so concerned.  The Gates' three children will split that fortune in three (what of it is left to them, and not to charities) and they in turn will split it among their children.  Within a generation or two, one of the largest personal fortunes will become rather small.  And the law of probability and basic logic dictates that the offspring of the Gates' will live comfortably, but likely not add to the family fortune, but spend it, over time.  Within three or four generations, they will hardly be wealthy, but rather, upper-middle-class, at best.

And while they may be comfortable, I can only say that from what I have seen of people with inherited wealth, there is no guarantee they will be happy.  I've lived in places where wealth accumulates and children of the wealth congregate, and their lives are often marked by tragedy, depression, drug use, and suicide.  Having it all handed to you at age 21 is often a trap.  The human brain needs to work in order to be happy, and taking away the opportunity to make it on your own is often the cruelest thing - not the best.

As I noted in an earlier posing, Everyone Hates a Winner, it is commonplace in America for people to run down the wealthy or be jealous of them.  But it is largely an exercise in futility - and often just excuse-making for people's own personal failures.  The very rich are not very different from you and me.  But in fact, we are often far better off.
Newer Post Older Post Home