The Myth of the "American Car" 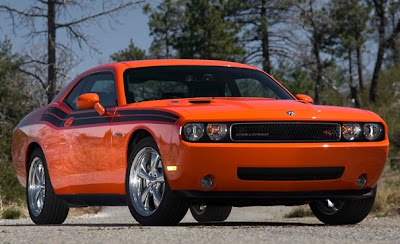 Recently there was a news article about two fellows who nearly killed each other in an argument over which was better - Fords or Chevies.  I found it pretty silly - the people who run these car companies don't give a rats ass about you - why should you pledge loyalty to them?  You may wear a hat that says "Chevy" on it - the President of GM doesn't wear a hat that says "Earl".

But what is an American Car?  If you scratch the surface, you may be surprised to find that many are more foreign than domestic, in terms of design, content, and history.

Chrysler, as we all know, is now partially owned by Fiat.  Fiat is introducing a new car to America, the Fiat 500, which is assembled in Mexico, on the same platform as the Ford Feista.  Fiat, of course, was in bed with GM, who paid $2 billion to buy Fiat, and than another $2 billion to not buy Fiat.  In the interim, Fiat developed new platforms, some based on GM of Europe platforms - some of which may become new Chryslers, shortly.

And of course, before Fiat, Chrysler was owned by Mercedes, which was a good thing, as they put the old E-class suspension in the 300 and brought over their excellent Mercedes/Freightliner/Dodge Sprinter van.  They also sold the old Mercedes SL chassis as the Crossfire sports car (bad move, naming a car after an engine misfire condition).

And prior to that, Chrysler bought AMC, which had just introduced a new front-wheel drive full-sized car (which became the Chrysler LH series) based on a Renault design.  The venerable "All American" Jeep Wrangler and Cherokee were also based on Renault designs, as AMC was in bed with Renault at the time and selling Renault Le Cars and Alliances.

Oh, but wait, there's more.  Chrysler used to sell a car called the Omni/Horizon, which was a licensed copy of the Volkswagen Rabbit - and early examples even had VW-supplied engines.

And of course, Chrysler was in bed with Mitsubishi, building a joint-venture plant and selling Japanese-made Mitsubishis under the Dodge nameplate for decades.

And Fiat is not the first time Chrysler has had an Italian affair - they used to own Lamborghini and even Maserati.  And if you go back to the 50's, Chrysler had a love affair with the Italians even back then - with the Ghia concept cars, the Dual Ghia, and in the 1960's the Ghia bodied turbine car.

So Chrysler is a Fiat/Mercedes/GM/Ford/AMC/Renault/Maserati/VW/Lamborhghini/Mitsubishi kind of mashup.   Of the big-3 U.S. automakers, Chrysler is clearly the slut - having gone to bed with automakers on nearly every continent.

GM of course, whores around as well.  GM and Toyota have long had a homoerotic relatioship - even building cars together in the NUMMI plant in Fremont, California.  GM is quite the rice queen, it seems, also selling Isuzu, Daihatsu, Suzuki, and Daewoo products, or entering in to joint production agreements. (And of course, Honda has sold Isuzus in the past as well!, tying Honda to GM).   Of course, GM has divisions in Australia (Holden) and the UK (Vuxhall) as well as Germany (Opel) and has brought over some of those makes at one time or another.

GM snapped up SAAB and then dropped it like a hot potato, but not before selling Subarus, of all things, badged as SAABs.  An automotive three-way if ever there was one!

Ford seems to be the wallflower of the bunch, its only Japanese "special friend" being Mazda, which they control most of.  Ford also has overseas divisions - which are oddly enough, also called Ford.  Ford did used to own Jaguar and Land Rover, both of which have been sold to Indian concerns.  Oddly enough, Land Rover was owned by BMW before Ford sold it to Tata motors.  Ford also bought Volvo and then unloaded it on the Chinese.

So what IS an American car?  It is hard to say in this day and age.  The traditional body-on-frame "full sized" American car is pretty much dead.  You may still be able to buy a Crown Victoria - but not for long.  And only GM pushes its pushrod engines.  And live axles are making way for independent rear suspensions - like on Mercedes and BMWs.  In terms of automotive DNA, there is not much linking a 2011 Chevy Impala to a 1961 Chevy Impala.

There is no inherent design feature anymore than could be considered to be "American" or of American origin.  Even the "retro" muscle cars sold by the big-3 are based on international chassis designs - which is a good thing, trust me, if you ever drove the originals.

Some folks argue that you should "Buy American!"  to "Keep Jobs in this Country!"  But is that argument valid?

Many "American" branded cars have high foreign contents.  Of the top 10 "American Content" cars, three are foreign brands. Worse yet, the Toyota Tundra has a higher American content that the Chevy Silver-a-do pickup! (The V-8 engines are hecho en Mexico, my friend!).

So in terms of "jobs" produced by a car, the brand is not really indicative of job creation - content is.  And many foreign makes have high American contents, and some "American" cars have 100% foreign contents, if they are just re badged imports.    And nearly every car maker selling cars in America seems to have a plant here.  Both my BMWs were built here in America - imagine that!

And many "foreign" car companies even maintain design studios in America, doing much of their Engineering and design work here.  Even white collar jobs have moved to America.  Meanwhile, some "American" brand car-makers are importing designs from their foreign affiliates or partners - so the white collar jobs go overseas.   All automakers have such mixed up content and job creation that it is hard to really say that one creates more jobs than another - in any significant way.

OK, so if there is no definitive means of defining an "American Car" by its DNA, design, or its origin, or its content (jobs created), then what does this all mean?

Well some folks (weak thinkers, again) argue that when you buy a Toyota, "all that money goes to Japan" whereas if you buy a GM car, it stays here.  That argument, is, of course, false.  For a high US-content car, like a Honda Odyssey, much of the money you spend on that car goes to pay suppliers, wages to assembly workers, raw materials, etc.  Only a portion goes to "profits" which in turn are paid out to shareholders as dividends, or increase shareholder's equity in terms of retained earnings.

So, all those Japanese shareholders are making out like bandits, right?  Wrong again, chump!  You see, there is no law against YOU buying Toyota stock or any stock, just because it is overseas.  I own BMW stock, for example, (up 48% thank you very much.   Ask about my GM "Motors Liquidation Stock" sometime!).  So the shareholders could be anyone, from a Japanese housewife to an institutional investor - or an American Mutual fund.  Do you have part of your 401(k) in an "International Fund?"  If so, chances are, YOU may be an owner of Toyota!

SO....... what makes an American car then?  Simple answer:  UNIONS.  Most foreign car-makers, when opening plants here, have avoided the death grip of the UAW which drive both GM and Chrysler to bankruptcy (and Ford to the brink).

Whenever you see an argument online about "Buy American", chances are, the person making the argument is a shill for the Unions, or is parroting arguments he heard from a shill.

Until recently, there was one distinguishing feature of American cars - they were poorly made.  Since the Unions had sucked the big-3 dry, their overhead, in terms of labor rates, onerous work rules, health benefits, and retirement benefits, meant that they were at a  $2000 to $4000 cost delta per car over their foreign counterparts.

So, to compete, they cheapened the cars.  The bankruptcy-era cars all had cheap plastic dashboards and crummy interiors.  The post-bankruptcy cars are re-contented again and have nice interiors and materials.  The Unions have been cut back somewhat, and of course a lot of debt was simply written off.  Oh, and we shareholders were wiped out overnight, eliminating the entire net worth of GM from the economy in one fell swoop.

It is possible that now that the so-called "American" car makers (does Chrysler even count anymore?) may make better cars now, as they are freed from the onerous obligations of the past, and can now put more content into the cars they sell.  Time will tell, to be sure.

Of course, the one feature of American-designed cars is blandness.  Midwest design studios designed safe car designs - GM, Ford, and Chrysler couldn't afford to alienate any customers, so they excited none of them.  Being so perilously close to bankruptcy, they could not afford to strike out with striking designs (and their few attempts, such as the ill-fated Aztec, convinced them than bland is better).

So moving forward, we may see more exciting looking cars - cars available in colors other than Silver, White, Beige, and Black (the four most popular car colors, my least favorite!).

Things will change, and perhaps change for the better.  But the idea that "Buying American!" means anything at all anymore is, well, bunk.

And before long, I think you will see a Chevy-branded Chery (China) or Tata (India).  I kind of like the idea of Tata Motors selling cars in America. Maybe we will go back to the era of the 1950's where subliminal breast imagery sold cars.  Gotta love those Tatas!
Newer Post Older Post Home