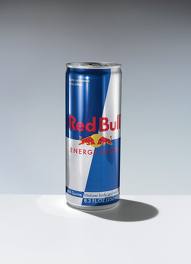 This shit is so bad for you.
In recent years, not only has soda pop consumption skyrocketed, but so-called "energy drinks" have become popular, particularly with young people, such as the ubiquitous Red Bull.

Some of this has to do with drug culture - particularly rave culture, where consumption of drugs such as Ecstasy, combined with lots of exercise, can quickly deplete a person, and a shot of sugar and caffeine often keeps them going.  But many others, including very young children, drink this crap, and think not only is it not bad for you, but that it is some sort of health drink.

It is, in essence, concentrated soda pop - water, sugar, and caffeine.  And it has a lot of sugar in it.

So, what's not to like?  It's basically a Coca-Cola in concentrated form, with some other shit added in tiny amounts so they can say it is an "energy drink" instead of "Soda Pop".
The problem is, consumption of soda pop is bad enough - and leading to an epidemic of diabetes in this country.  And diabetes sucks, too.   It makes you go crazy at times (like my friend last night) and turns your life into a nightmare of pills, shots, test kits, and eventually insulin.  And look forward to your good friend kidney failure and dialysis.
There really is no reason to drink this junk - and it costs a lot of money.  If you are struggling with weight gain, one good place to start is giving up sugary drinks.
Red Bull now makes a "diet" version with only 10 calories.  But basically you are paying money for caffeine and water.
Myself, I find it easier to just drink water...... cheaper too.
And please, no blather about "electrolytes" - sugar is not an "electrolyte"!
Newer Post Older Post Home