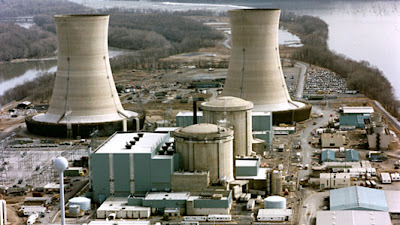 Will we have another economic meltdown?  Is the Pope an ex-Nazi?   Bet on it!

I have posted a number of times about the Gold Bubble and the coming dot com bubble.  The price of gold has been speculated into the stratosphere, mostly by far-right talk show hosts, who have deals with gold companies on the side.  Fear can spike prices, but not for long.  And in the tech sector, the IPOs being offered these days are similarly being bid up - for companies that have never made a profit and have no real plans on making one.

Markets fluctuate - that is a given.  People bid things up, they collapse, and a huge transfer of wealth takes place - earned income from labor is converted to unearned profits for others.  And who are these others?  People smart enough to see through the hype and not buy gold or Zipcar stock or overpriced condos - or whatever.  These are the short-sellers and the options traders.  These are the people buying low and selling high.  Buying from YOU low, when markets collapse, and then selling back to YOU high, when markets expand.

And one reason he is a fool is that no one sounds the alarm - loud enough - each time this happens.   People wrote articles about inflated Real Estate values back in 2004 - no one read them, or they chose to believe something else instead.  Many people believe what they want to believe, even that they can fly, if they jump out of the window of a skyscraper.  And for a few brief moments, they are "right" - they can fly - until mean old reality, in the form of a concrete sidewalk, rushes up to meet them.

Of course, you say, I'm no fool!  So these peaks and valleys won't affect you, right?  Guess again.  For the average middle-class person, these periodic tanks in the economy can be devastating, even if you didn't buy Glenn Beck Commemorative Gold Coins (Free product idea there, Glenn, you're welcome!).  When the economy tanks, you may be laid off, see your investments plummet in value, see your house plummet in value, and see prices for commodities go up.

The foolish behavior of others will cause YOU economic grief.  And sure as sunshine, we will have further economic setbacks, recessions, depressions, and so on, as time goes on.

So how can your gird yourself for the big one?  How do you prepare for a recession or economic setback?

Some folks think that building a cabin in the mountains and stocking it with canned goods is the answer.  But that really doesn't help.    You have to pay taxes on the cabin, and maintaining two homes is a hassle and expensive.  And canned goods only last so long, so you have to consume them over time -which means all your meals will be canned beans, if you want to maximize your store of canned goods.  Moreover, even if aliens attack or they drop the bomb, what is a three-month supply of food really going to do for you?

And of course, the odds of alien attack, the end times, a nuclear holocaust, are slim.  And planning your life around catastrophe is just silly.

A far more likely scenario is what we have today - or what we had back in 2008-2009 - a major recession, a layoff, job loss, a personal health crises, financial setbacks.  This happens to people with regularity, and it could happen to you.

So, how best to prepare for the inevitable?  Put all your money in a shoebox?  Government bonds?  Gold bars?  No, I think not.  Invest - that is a given.  And diversify your investments all over the place.  Some in mutual funds, some in stocks (directly owned), some in bonds, t-bills, savings bonds, municipal bonds, insurance, annuities, savings, CD, government insured savings accounts, Real Estate, and wherever else you can squirrel away dough.  That is the first step.

The second step is to get out of debt and stay out of debt.  When the recession hit in 2009, the people hit the hardest were those leveraged the most.  People who bought huge houses with multiple mortgages with questionable terms quickly ended up upside-down on their home.  Some are still in these homes, albeit with shattered credit histories and eventual foreclosure hanging over their heads.

People who bought a lot of toys on time - like boats, cars, motorcycles, jet skiis, and the like, ended up losing these to the re-po man.  And people who had a lot of credit card debt saw their rates jacked and ended up in a situation where they could never pay off the balance.

Having debt is bad in a good economy - you squander your money by paying interest, which by definition, reduces your earning power.  In a bad economy, or a bad personal financial situation, debt is deadly - if your income stream is disrupted, you won't be able to make the payments.

Getting out of debt - all debt, even mortgage debt - is the key to being financially agile and financially free - free from worry, free from obligations to others.

The third step is to reduce your personal overhead.  If you have a lot of "expenses" every month in the form of subscription services, memberships, fees, and other crap, it can eat up even a large income in no time.  Recurring charges, like cable or satellite TeeVee, add up over time.   And that money could be better spent increasing your savings and net worth than in sheer consumption.

And no, you really don't "need" most of these things, as it turns out.   We convince ourselves that we "need" to have Cable TeeVee, but it is not like oxygen, water, or food.   You can live without it, and it turns out, living without any TeeVee is better than with.

Similarly, texting and talking all the time on a cell phone is not living.  And people who do this are usually depressed people.  You do not "need" to spend $50 to $150 a month on a cell plan.  Yes, it is good to have a cell phone for emergencies and the occasional call.   But a simple pay-as-you-go plan can cost a few dollars a month.

And so on, down the line.   Of course, not having debt is the one way to really reduce your personal overhead.  When I started this blog, I had monthly expenses in the thousands and thousands of dollars - three thousand alone for a mortgage payment, maybe another $2000 or more for life, health, automobile, and homeowners insurances.  Phone bills were easily $250 a month, plus cable and Internet of another $120 a month.  Throw in some more monthly "subscription" type bills, and we are looking at $60,000 a year in after-tax money, just to stay afloat.  And this is without car payments!

Today, our monthly fixed cash flow requirements are limited to property taxes, insurance, and a few other things.  To cover these requires a paltry $650 a month.  So we can save more and do more, rather than be chained to a house.  And if my income drops, I can live off my savings for a long, long time - perhaps until I qualify for Social Security.

Most people in this country, however, do the opposite - they divide up their paycheck into little slices and spend it all - house payments, car payments, Cable TeeVee, phone bill, cell phones, and other monthly subscription services.  They have little left over at the end of the month, and as a result, are dependent on the almighty paycheck to keep their lives afloat.  If they lose their job, are laid off, or have a personal health crises - it all goes to hell in a hurry.

And it need not be that way.  The only reason people do this - other than the utterly poor (and even then!) is to have "things" and electronic services that are not really necessary to daily living.
Newer Post Older Post Home