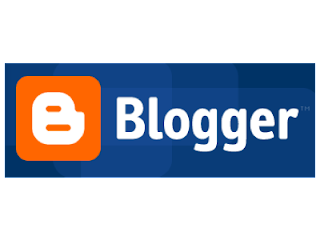 Is a blog that is just hyper-links and video clips really a blog?  I don't think so.
I have been reading some other blogs lately, and boy, are they lame.  I am not patting myself on the back here, but other than some stolen clip art, most of what I put up here is what comes out of my brain - for better or worse.

But other "blogs" are anything but blogs.  Most are just links to other sites that the author (I use the term loosely here) found interesting, links to videos, or links to photos or music.  Most have little more than a twitter-like caption (perhaps these are generated from twitter or a smart phone device?).

Frankly, I fail to see the value of them.  It is more like a Facebook page where someone "likes" a video or a link.

Whatever it is, it ain't a blog, that's for sure.

And, unfortunately, like in Fahrenheit 451 (the Ray Bradbury book and movie, not the silly-assed Michael Moore movie with the similar name) people are reading less and watching video and listening to talk radio more.

We are becoming less of a written word society and more of a oral tradition society.

We have come full circle from our caveman ancestors, and spread information by stories handed down in videos or on talk shows, rather than through the printed word and books.

And I think this is disturbing.  As one recent CNN story described it, this constant video barrage results in what is called "popcorn brain" - you become addicted to controversy, excitement, flashing spinning logos, rotation captions, and constant interruptions to your thinking.

Kurt Vonnegut described a similar dystopian future in a short story where, in the future, everyone would be handicapped intentionally to make everyone "equal" - athletes and dancers would wear heavy, awkward weights, people with good vision would wear fuzzy glasses and really smart people would wear earphones which would play random, loud noises, every so often so the wearer couldn't carry a cohesive thought.

Vonnegut was right about the concept, but wrong about the details.  The television and video, as well as Facebook and Twitter - and the death of "long format" writing in favor of USA Today style articles is causing all of us to develop shorter and shorter attention spans.

Chances are, for example, you stopped reading this article several paragraphs ago.  People cannot stick with a long article or book to see whether there is a payoff or not.

I am not sure what the answer is for our society in general.  But for you, the individual, I think unplugging from this short-attention-span electronic nightmare is a good first start.  If you drown out all the quiet in your life, you will have little time to think or reflect, and as a result, end up being persuaded not by your own thoughts and ideas, but by suggestions - normative cues - provided by the media and avertisements.

And I think that is one reason our society is in as much trouble as it is.  We all want simple, pat answers to complex problems - fit it in a sound bite, or a 140-character tweet, please!  But nuances and shading?  Not on the menu.  Because that is hard and it loses audience interest.  And we don't want to lose eyeballs for that SUV commercial coming right up!

These faux blogs are, not surprisingly, put up by weak thinkers.  They pander to victim-think and political obsessiveness that both parties now engage in (Republicans finally threw in the towel and jumped on the victim bandwagon - it's called the tea party).  So there is not a lot of logical thought going on, just comments and links to "expose videos" that use all the usual video tricks (ominous music, heavy editing, etc.) to take a video that shows one thing, and make it show another.

If I had one piece of advice to give, it would be to think for yourself, and not get caught up in these distractions, causes, issues, materialism, and the like.  Because if you don't look after your own affairs, no one else will.

It is all very well and fine to say your problems were cause by Obama, or the Wall Street Fat Cats, or the Bush Administration - or whatever.  But that sort of blame-shifting does little to help your personal bottom line.  You can blame these far-away powers-that-be all you want, chances are, it has little to do with you balancing your checkbook.
Newer Post Older Post Home