Whatever Happened to Second Life? 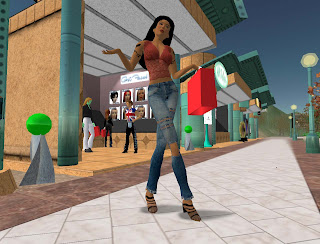 So whatever happened to Second Life?  The same thing that is happening to Facebook and will happen to Twitter.
People are a-twitter about Twitter and ga-ga about Facebook - websites that allow you to go online and interface with others.   But there was another Social Media site, just a few years back, that had a much more realistic interface than Facebook or Twitter, and yet is is largely gone from the nation's consciousness.

And no, I am not talking about MySpace.  Or Friendster.

Second Life was a virtual interface to a virtual world, where you could talk, walk, dance, party, shop, drink, and even have sex - virtually.  And it was "the next big thing" that everyone talked about - and was supposed to be the wave of the future.

Funny thing, too, it was only a few years ago it was the hottest thing - and today nobody remembers it.

What does that say about the "hot social media sites" of today?  And how are they going to succeed where Second Life failed?

Before you jump on the Dot-Com bandwagon, look at the shattered remnants of the upteen previous bandwagons that went down the road.

The only thing consistent about the Internet is change - and the ability of most Internet companies to lose an awful amount of money before bankrupting investors.
Newer Post Older Post Home