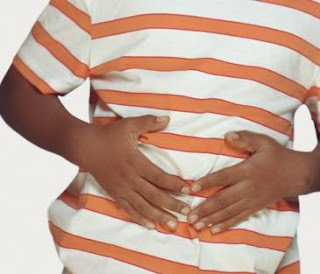 What are the differences between emotions and instincts?  I think emotions can be untrustworthy - often transient feelings brought on by blood sugar levels and body chemistry.  But instincts are your brain trying to tell you something.


I have noted in this blog that emotions are a lot like farts - everyone has them, and they have more to do with what you ate a few hours ago than with any great revelation into your inner mind.  But nevertheless, a lot of people put a lot of trust into emotions and a lot of energy trying to figure them out.  And oftentimes, emotional thinking gets then into trouble.

Instincts, on the other had, are your brain, often the more primitive parts of your brain, trying to shout for attention - to get you to watch out and warn you.  And in many cases, people spend a lot of time and effort suppressing instincts - often in favor of emotions.  But instincts have a lot more powerful and useful things to say to us.  And yet we ignore them and pander to emotions.

Emotions tell us to buy that new dress in the mall, or lease that new car in the showroom, because "We deserve a treat!" and want to ride the "Wahoo!" fun-house ride of consumption.  Instincts, on the other hand, preach caution and conservation.  Your instincts tell you that your credit card is maxed out, and that the car lease is a shoddy deal.  But your emotions over-rule instincts, and often try to shout down instincts using specious logic - to try to trick your brain into thinking your emotional response is a logical one.  But emotions are lying.

For example, your emotions may try to fool your brain with a false logical argument.  "Well, I really don't need this dress, but it is on sale for 70% off!  I can't afford NOT to buy it!" - it is an argument that, on the surface, sounds logical, but is nonsensical.  Or Emotions will say, "This car lease is a good deal!  And that old junker could hit us with another repair bill!  Unload it before it is too late!" - and try to pass off FEAR as a logical argument.

Emotions such as FEAR try to get you to panic and be afraid - often for no reason.  Your Instincts, on the other hand are often more useful - forcing your brain to fight or flight, which are both survival instincts.  Run away, or put up a fight - that is what Instinct says.  Emotions  say "Sit paralyzed in blubbering fear and die!"  And when Emotions win, you lose.

I witnessed this effect firsthand once in College.  A friend of mine persuaded me to take an ill-advised shortcut across a park to get to his apartment.  About halfway there, a car full of punks shows up, shouting - and one is wielding a lead pipe.  My instincts said, "Run like hell" - as they were drunk, were looking for an easy victim to rob and beat, and would likely not run very far.  My friend on the other hand, was paralyzed by fear  - "What do they want?" he said, his mind unable to get around the idea that there are people in the world who would beat you to death just for the fun of it.

And he would have stood there, trembling in fear, awaiting his demise, if I had not physically grabbed him and dragged him away.   And as I thought, the "tough guys" were so out of shape they could not run 20 yards without deciding that perhaps some other quarry was more worthwhile pursuing.

Fear is deadly.  Instincts can save your life.

Greed is another emotion that causes (and recently caused) no end of trouble.  Millions of Americans succumbed to greed, and signed loan documents that their Instincts were screaming at.  "You will never pay this back!" Instinct said, "The house is overpriced!"

Meanwhile, Greed is whispering, "You'll make a killing!  Prices are going up, up, up!  And besides, look at those granite counter-tops!  You will be the envy of all your friends!"

Most folks listened to Greed, and tossed Instinct in the back seat.  Because, let's face it, Instinct is really not a lot of fun, most of the time.  He's always harping about self-preservation and saving money, and not about buying a new boat or getting a makeover.  Instinct sucks, from a party-girl or party-boy perspective.

I noted before that the other day we went to a party, and all of us were saying, before we went, that our Instincts told us it would be a bad idea.  And yet we went, and Mr. Instinct was dead-on, wasn't he?  We left, feeling drained of all emotional energy.    Never go to a party when you are invited by someone who is not your friend - and in fact doesn't like you.  Chances are, it will not work out well - and that pit in your stomach tells you that I am right.

When you get that pit in your stomach, or that "gut feeling" that something isn't right, listen to that feeling - it is your brain trying to tell you something.

Deep in the neural networks that are your brain, a complex series of weighted nodes is cranking out all possible permutations and combinations of outcomes of events in your life - everything from what will happen if it rains tomorrow, to what could happen if you have a blowout at 80 mph.  Some folks call it worry, and sometimes, it can overwhelm your brain.

But listen to it.  If you are worried, stressed, unhappy, or depressed, chances are, it is your brain telling you that it has figured out that something is very wrong, or about to go very wrong, and you should take action, change course, or turn down ideas that your Emotions are trying to sell you.