I'm not going to debate you, Jerry! 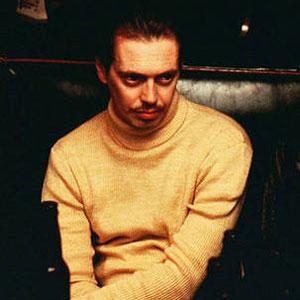 Thanks for all of your comments, but some folks seem to think this is an online forum, not a blog.  I am not really too interested in debating people about finances.
And I've heard the arguments before, so why bother raising them again?  Yes, I am sure that you are making out like a bandit on your frequent flyer miles credit card - and that your "12 months same as cash" deal is working out for you.
Or maybe it's not.  Or maybe the shit has yet to hit the fan, and you don't understand, firsthand, how dangerous it is to walk the rim of the Grand Canyon.  It may feel like solid ground - and it is - but one slip, just 6" in one direction, and you are trying to stand on air.
And really, the various advertising agencies, consumer credit companies, credit card companies, and other media pushing these bad credit deals are making those arguments for you - in TV ads, billboards, online ads, promotions, brochures, etc.  Your arguments for these bad financial products - like toxic ARM loans, leasing cars, etc. are made, day-in, day-out, beaten into your head by the almighty TeeVee.
And in fact, if you look around, there are darn few counter-arguments to these sorts of faux financial acumen that the financial industry touts.  And it is faux - chasing after penny deals while signing odious loan documents.
So, when I make an argument that frequent-flyer miles cards suck - because if you miss even one payment, you've paid for that "free" flight about five times over - I am not really interested in hearing from you about how it all has worked out for you.   After all, your argument has already been made, at 1000 decibels, by the Television.
I'm not going to debate you.  Period.
And if you think about it, why would you spend your time parroting arguments made by banks, credit card companies, and consumer financial agencies - organizations that do not have your best interests in mind?  There are only two reasons for doing so:

1.  You are a shill for the industry - and I have written about this before.  Companies groom their image on the Internet by trolling postings and trying to bait people, or they try to enhance the image of their company or organization by posting online - anonymously of course, or using a fake name.

2.  You are being defensive about bad financial behavior, which is a typically human thing to do (don't sweat it, just stop doing it!).   On the creditcards.com site, they mention that credit card debt is the one thing people do not like to talk about or admit to, and statistics bear this up.   70% of us claim to pay off their credit cards every month, while the credit industry reports that 70% of us carry a balance.  Who's lying (to themselves?).

So people lash out to defend bad financial behavior, rather than think, "Gee, maybe I'm driving my car off the cliff - or at least driving too close to the edge!"  It is a human thing to do, and most of us do it.
AND, it is one thing we all have to overcome in order to plan our finances more effectively.  I can regale you with tales (and I think I have) of hundreds of thousands of dollars I've lost over the years (and hundreds more in opportunities lost) due to poor financial planning and decision-making.  And it is never, ever easy to admit to this.  We'd all rather blame Wall Street for our poor choices (and they deserve blame for some things, but not all) or the Obama Administration or the Bush Administration, or VISA or MasterCard.
But it takes real courage to say, "Gee, I guess I was pretty naive when I (fill in the blank), because I really spent a lot more money than I should have!"
And (fill in the blank) could be "bought a new car", "smoked pot", "cashed my paycheck at a bar", "signed a toxic ARM", "racked up $20,000 in high-interest credit card debt" - or whatever.
And while it is instructive and useful to be honest with yourself, be kind to yourself as well.  I die a thousand deaths when I think of the money I've squandered over the years.  But to some extent, we all do it.  THE SECRET IS to do less of it and LEARN FROM OUR MISTAKES, and not try to rationalize our mistakes as the fault of someone else - or worse yet, try to make them seem like smart moves.
So please, take your "Leasing a car is great!" arguments somewhere else, and "Frequent Flyer Miles Credit Cards Rock!" statements back to your cubicle at VISA Corporation.  Because I am not interested in dissecting them here.  The financial industry has a large enough megaphone as it is.  I don't need to provide a platform for them as well.
Carl Showalter: Oh, fuck it, I don't have to talk, either, man!

Two can play at that game, smart guy.