What is a Ghetto? And Why? 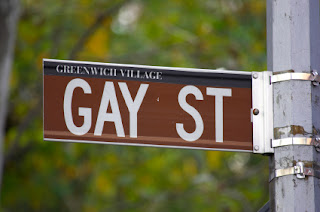 While many people have come to think of a Ghetto as a black neighborhood, the term originally applied to any mono-ethnic neighborhood.  Why do people congregate together into one area?  And is this helpful or hurtful in the long run?


In Washington DC, there is an area near the old Convention Center called Chinatown.  As Chinatowns go, it is not much of one.  And increasingly, it is becoming less and less Chinese and more just a strip of a few Chinese Restaurants.  One of the interesting features of the neighborhood is a dominate church which clearly used to be a Synagogue.  It turns out that Chinatown was, long ago, a Jewish Neighborhood.  The Synagogue is now a Baptist church, after going through a number of iterations, as people of various ethnicities moved through the area.

Historically, this is not an anomaly.  As each wave of immigrants moves to America, they tend to occupy the least expensive housing in cities, in areas where everyone speaks the same language and shares the same cultural values.  Then, that group moves out, and a new group moves in.  It is a comfort zone, a safety net, and a means of establishing a foothold.  And every ethnic group in America has, or had, some sort of Ghetto at one time or another.  The Irish, the Italians, the Jews, the Blacks - everyone.

And most of these communities were fairly successful and prosperous at one time or another.  Harlem, in the 1930's, was a fairly prosperous place - the home of jazz clubs and Black businessmen and entrepreneurs.  But then a funny thing happens.  As people integrate into society, they leave the Ghetto, and prosperity leaves with it.

I was reading a book of the history of Fort Lauderdale, Florida, and this phenomenon was mentioned.  During the era of segregation, an entire parallel economy was present, defined by a Black business district and Black neighborhoods.  And many of these Black businessmen were quite prosperous.  Because of segregation, there were separate grocery stores, movie houses, hardware stores, drug stores - you name it.

Segregation was wrong, of course.  And living apart from society isn't the answer, as we shall see.  And with integration, most of these Black-owned businesses went bankrupt, as they lost their captive audience.  Once people had a choice of where to shop, they went to the lower-priced retailers and left the high-priced ethnic enclaves behind.

And similar things happened to Italian, Irish, and Jewish owned businesses as their captive audiences integrated into society and moved out of their respective ghettos.  Yes, we still have a "Little Italy" - but it is more of a restaurant and shopping district than a massive concentration of Italians living in one place.  Most moved to Long Island.

Today, we are seeing a similar effect occurring in the "Gay Ghettos" in America.  In the 1970's until fairly recently, in every major city there was a Gay Neighborhood.  And until recently, most of these were thriving.  I knew a young man back in the 1990's who moved to Dupont Circle in Washington DC, because he wanted to live in a "Gay Neighborhood".  As he put it, he worked in a Gay business, shopped in Gay stores, lived in a Gay apartment building with a Gay landlord, and even had a Gay mechanic work on his car.

In an era where a minority group feels threatened or under attack, such neighborhoods provide a comfort level and a level of safety.  During that era, it was not uncommon for Gay men to be attacked with baseball bats and beaten, in the Dupont Circle area (so much for safety in numbers) with the local Police unwilling to investigate, local prosecutors unwilling to prosecute, and local jurors unwilling to convict.  It was rather like the lynching era, only this was back in 1989, not 1959.

Today, things have changed, and Gays feel less the need to live in an area set apart from others.  Opportunities are limited in such neighborhoods, and often, the cost of living in such neighborhoods is very high.  Moreover, young people today are more accepting than in the past, and the idea that Gays have to patronize separate establishments probably seems alien to them.

So business at the Gay bars is declining, and many are shutting their doors, or catering to an older and older clientele.    Dupont Circle is just a nice neighborhood to live in, today, not one really thought of as "Gay" anymore - at least by many people.  Gay Ghettos are dying out.

Is this a bad thing?  Well, perhaps not.  While the Ghetto may serve a purpose to an ethnic community at a time when it feels ostracized and cast-out, as a long-term solution, it is really a trap.  Living separately and apart makes it easier for others to characterize you as "them" - aliens who are not one of "us" and perhaps less than human.  It also makes you a target as well.  The Gay-bashers of the 1980's and 1990 knew where to go to find victims.

On the other hand, if you are integrated into society, part of society, it is harder for people to make stereotypes or generalizations about you.  I have friends who live in rural Maine, where there are no Blacks, no Jews, and few openly Gay people.  Not surprisingly, they tell a lot of shocking ethnic jokes in poor taste and often use racial slurs - about people that they know nothing about.

It is a lot harder to tell an ethnic joke when your neighbors or your friends are of that ethnicity.  And it takes no courage to "make a stand" in the Ghetto - but a lot more to do so in the suburbs or in the country.  I recently met two young men who live in a very rural Georgia town as an openly Gay couple.  They encountered some resistance at first, but as he put it, "Once they realized we ain't leaving, they left us alone."  You have to admire that sort of courage.

But on a personal level, ethnic ghettos can be a real trap.  If you live in such a mono-cultural setting, your expectations and career paths are limited by the normative cues of your peers.  If you grow up in a trailer park in West Virginia, the idea of going to medical school probably isn't on the radar.  If you grow up in a Baltimore slum, joining a drug gang probably seems like a swell idea.  If you grow up in a god-forsaken suburb of any major city, smoking pot and living in your parent's basement until you are 30 might seem like a swell plan as well.

Moving away from all of that - and moving away from the peer group that provides poor normative cues - is a big step than can help you to re-invent your life and decide for yourself, what you want to do with life.

As I noted in my previous post, it is possible to re-invent your life.  And moving is one way to do that.  I left an impoverished area of the country (Central New York) where there were no jobs and everyone had (and still has!) low expectations in life.  My friends were all slacker/stoners and not only had given up on trying, but tried to drag down anyone in our social group who did.  Getting away from that was a big first step.

I mentioned this in a discussion group once, and some 20-something responded in suburban white-boy slang (poorly trying to parrot the rap music he listens to) something along the lines of "Yo, so ditchin' yo friends is the ansa?  I don'ts think so!"  But if your friends are smoking crack (as some of mine were), yes, getting rid of them is important - and no, they really aren't your friends.  They will drag you down to their level - or below.

Similarly, my friend from South Philly got ahead in life by... leaving South Philly.  My friend from the trailer park in West Virginia got ahead by... leaving West Virginia.  You can't become successful in neighborhoods or areas of the country where there is no success, no opportunity, and a soul-grinding dreariness than drags you down.  The answer to finding a job in Flint Michigan is to LEAVE Flint Michigan.  You have no obligation to sacrifice your life to a city, town, neighborhood, or whatever.  Leave it to others to turn the city into a cultural renaissance.  Go where the jobs are - and go where you can get a fresh start and start over.

When I was in Law School, I had a friend who lived in Anacostia, a very poor Black neighborhood in South East DC.  He was making good money, so I asked him why he didn't move to a better neighborhood.  He said he felt safe and comfortable there - and would not consider a job or living in, say Virginia.  "There are too many white people there,"  he said, "They all belong to the Klan!"  I had to assure him that there were, in fact, no hooded robes in my closet.  It was an odd argument to make, circa 1995.  And not surprisingly, his Law career never really took off.  He had low expectations of himself, and as a result, didn't try very hard at work.

There are second acts in American Lives, contrary to Mr. Fitzgerald's famous quote.  And often Act II, Scene I is in a different locale than scene III of Act I.  If you want to change your life, consider a change of scenery.  Move to where the money is, where expectations of life are better, and opportunity is knocking.

Sadly, many young people never consider this.  We just came back from a drive through rural Georgia, and it was poignant to meet young people with "Class of 2011!" painted on the rear windows of their cars.  High School was the highlight of their lives.  And now, at age 18, they were going to settle down in their hometowns and try to scratch out a living at scarce low-wage service jobs.  Few thought that perhaps opportunity lay elsewhere.

Ghettos may be insular, comfortable, and feel secure.  But it is a false sense of security.  And oftentimes you have to get outside your comfort zone in order to succeed.
Newer Post Older Post Home