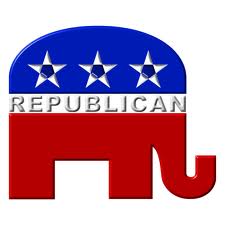 Both Democrats and Republicans now pander to the victim mentality.  What is the real difference between the parties other than their stands on abortion and gay marriage?  Not much, it seems.


In the olden days, it was the Democrats who claimed that everyone was a disadvantaged victim of prejudice, racism, the wealthy, or just society in general.   And Democrats had a government program designed to fix things right up for you!

Today, the Republicans have jumped on the victim bandwagon and have started pandering to voters.  They call this the tea party wing of the Republican Party, and it is chock full 'o weak thinkers.

This new breed of Republicans doesn't believe in the old Republican values of self-reliance, limited government, and limited regulation.  On the contrary, they want to enact more and more laws to "protect" people from various alleged nefarious schemes.  And the predicaments these folks are in, are, of course, never their own fault - they are victims here, and in America, being a victim is the highest accolade you can achieve.

What sort of victimization are we talking about?  Here is a short list:

Victims of high gas prices:  Driving an 8 MPG vehicle is a God-given right, and if we elect Sarah Palin, she'll bring gas back down to 78 cents a gallon, where it belongs - you betcha!  But the idea that maybe we consume too much fuel for no apparent reason (commuting to work in an 8 MPG vehicle, for example) is beyond them.  They are victims here, of high gas prices, and those darn Arabs, who won't give us our oil or those darn environmentalists who won't let us drill baby drill!

Unemployment:  Americans demand high salaries for very low-skilled jobs, and when these jobs all went overseas or were just eliminated, well, it had to be someone else's fault.  In the past, only Democrats subscribed to the fantasy that the Government could "create jobs" (or create wealth).  But today, every Republican candidate promises to transmute tin-into-gold by creating jobs through government action.

Creeping Socialism:  This is a hard one to parse, as not much has really changed in the last four years since Obama was elected.  But let one of these tea-baggers bend your ear for a while and they will blather on about how "oppressed" they are under Obama, who any day now is going to Gay-marry their son to the boy next door and confiscate their guns.

Obama Care:  The major provisions of this don't kick in until after the next election, and other features are likely to be invalidate by the courts.  The few provisions enacted already provide a few benefits to consumers, but nothing drastic.  But yet, I have been treated to diatribes by people about how "Obamacare has ruined our health care system" already.

Immigration:  One reason people claim they are out of jobs is that Mexicans are taking all those high-paying lawn service jobs.  We are lead to believe that "but for" the Honduran busboy at the local restaurant, those $60-an-hour union jobs at the factory would not have left the country.  In response to this, Republicans have enacted some of the most onerous government regulations in the employment sector - in several States - since the New Deal.  Republican = less regulation?  Guess again!

Taxes:  The tea-baggers take their name from "Taxed Enough Already!" but Federal tax rates have not changed in the last few years - other than to LOWER the withholding tax in the last year as a stimulus to the economy.  Local taxes have, of course, skyrocketed as property taxes have gone up, up and up.  But on a Federal level, we have cut taxes (and even suspended the "death tax" for a year).  Some crises.  And yet, we are in serious financial trouble for doing so - but don't raise MY taxes - I'm a victim here!  I'm taxed enough already!

The problem is, the Republican Party today is a hodge-podge of special interest groups and attempts to pander to the same.  So gone for good are "limited government" and "balanced budgets" if new regulations and agencies will pander to the electorate.  During the Bush years, the budgets skyrocketed, and numerous new government agencies were created.  Our tax code got larger, not smaller.  And few, if any government agencies were downsized.  Given the helm of government, the Republicans just did what the Democrats did - only worse.

And perhaps this is why they are not doing well in the polls.  Americans today don't want smaller government or fewer regulations - if larger government or more regulations will serve their political ends or even meet their emotional needs (such as the anti-immigration movement).  We can't fix the "mess in Washington" but we can toss a few illegal melon pickers back across the border.  That will fix things, right?

Worse yet, is that the crop of candidates we have for the next Presidential election are sad, at best.  Each is falling over the other to try to pander to a far-right agenda.  And few are qualified to run for any elected office at all.  Donald Trump?  Sarah Palin (the quitter)?  It is hard to believe that the party takes these people seriously.

But then again, the Democrats had John Edwards.  We all see what a lightweight he is now - I saw it years ago.  Personal Injury Attorneys do not make good Presidents - and neither do community college dropouts who were former beauty queens.

Increasingly, it seems the Republican Party is willing to identify itself with only a far-right social agenda and the economic agenda of less regulation, lower taxes, less spending, balanced budgets, limited government, and avoiding foreign wars is just off the table.  They chant "lower taxes" but refuse to pass lower spending (they claim they want to cut spending, but the cuts asked for are the raised they voted for several years back!).

Oddly enough, the Democratic Party is becoming more the party of fiscal conservatism - with the Clinton years being the only time in recent memory where we had balanced budgets, an actual surplus in the government, and were paying down our debt - that an 8 years of progress and growth.

I hope the GOP can turn things around, as America deserves serious choices in any election, and strong opposition party is good for America.   But so long as they tout the likes of Palin, Gingrich, and Trump, the GOP will be relegated to the status of a circus sideshow, not a serious political movement.

And to all you Palin-lovers out there - few people agree with you - not enough to elect her in a million years.  Just drop it and move on.  Might I suggest a rational candidate with some sort of formal education?  It is a start.  Just a suggestion!
Newer Post Older Post Home