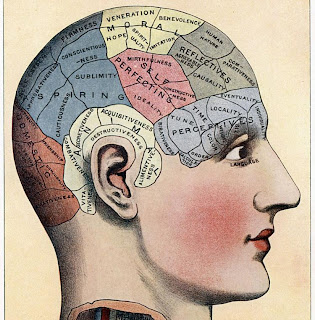 Thinking and Memorization are two different skills.  The ability to reason and the ability to accumulate knowledge are not necessarily related.

Thinking Versus Knowledge:  There are two aspects to intelligence, and oftentimes people get them confused.  The ability to think versus raw knowledge are two entirely different things.  And many folks assume, wrongly, that the latter is more important than the former.

As I noted in another posting, in Engineering School, we were told that they wanted to teach us to "Think like Engineers" - as while you can acquire a lot of knowledge in Engineering School, it is the ability to think and solve problems that is what an Engineer really does.  If the answers to problems were all laid out in books, there would be no need for Engineers - no need to innovate.   You'd just look up the answer and be done with it.

Similarly, in Law School, they told us they wanted to teach us to "Think like Lawyers" - how to solve legal problems.   It would be impossible to teach every Law Student every possible legal situation they could get themselves into over their career - and their specialty.  Rather, if you teach them how to solve legal issues methodically - and how to research and argue them - a Lawyer can tackle nearly any legal issue later on, having the problem-solving skills - not the answers from a book.

And in both professions, the answers change over time, so you can't teach "knowledge" - or you could, but it would be quickly obsolete.  Rather, you teach thinking skills, which serve the student far better over their career.

Unfortunately, the great unwashed masses of Americans either fail to grasp this difference, or they assume that knowledge is more important than thinking.  And people are quick to pick on a spelling error, a factual error, or some other error of knowledge as "proof" the speaker is wrong, without bothering to address the underlying thinking - which is more important.

For example, one of my least favorite human beings on the planet is Michelle Bachman.  She and I would disagree about just about everything.   And I think her thinking skills are weak.   But the mainstream media is busy attacking her knowledge base, much as they did with Sarah Palin, as evidence of her unsuitability to office.

So the media is having a field day with her, claiming she picked the wrong town as John Wayne's birthplace (which is so, so important in Presidential debates, because.....why again?).  Moreover, the media is compounding the error by saying the birthplace she chose was that of John Wayne Gacy, the famous serial killer.

The real deal is, of course, that John Wayne's parents did live in Waterloo, and John Wayne Gacy briefly lived there as well (but was not born there, as comedians, such as Conan O'Brien joke).  And media outlets like the Washington Post gleefully report that Bachman is "comparing herself to John Wayne Gacy"  and call this a "Gaffe".

Gaffe is the word of the hour these days - usually attached to Joe Biden, and usually done so by Fox News.  The News Media seems more concerned with punctuation and spelling errors (as in the press cards for one candidate) or obscure birthplace information, than in the overall politics of the person.

And this distracts from the real debate.  You may dislike Michelle Bachman's politics, as I do, but to criticize her for her knowledge of movie star birthplaces - or to suggest she fails to understand the difference between John Wayne and the similarly named serial killer is just, well, stupid.  It is Idiot Media at its worst.   And the only thing people come away from in these sort of "debates" is that they have no idea who this lady is or what her politics are, but that she doesn't fact-check well.

And that is sad, as the media has a duty to inform us, and it is falling down here, big time.  There are a number of Republican Presidential candidates out there.  Can you name them?  Can you articulate in a few words what their political views are and how they differ?  Or do you know nothing more about them other than a slogan, a sound bite, and a collection of  "gaffes" they made?

Putting knowledge above thinking puts the dictionary and encyclopedia ahead of the brain.  Any idiot can memorize (or make up) facts and figures.  Being a walking talking encyclopedia doesn't make you smart - it just means your head is filled up with facts and figures.   Many autistic people can memorize volumes of information that way - but they cannot articulate any kind of thought or reasoning - just as in "Rain Man", Raymond has the Abbot and Costello "Who's on First?" routine memorized but has no idea what it means.

Analytical thinking is far more important than rote memorization.  And yet, the powers-that-be are promoting the latter at the expense of the former.   Memorizing the arithmetic tables is touted (by stupid people) as "learning math".  But memorization does not help in the understanding of Number Theory or Calculus.  Similarly, the time-honored technique of memorizing dates and names as "learning history" is not really very instructive in terms of helping us understand how history played out.

This is not to say that knowledge is bunk.  Far from it.  A computer needs a database from which to operate, and your brain needs facts and information to process, of course.  But it is silly and trivial (and a cheap game) to nitpick someone's arguments on the premise that they spelled a word wrong or put the period in the wrong place or made a typo.

And if you have memorized a lot of facts, but can't reason very well, you aren't very smart.  And increasingly, people's ability to reason seems to be falling by the wayside in favor of facts and data.  And the Television and Internet are bombarding us with data, but not really promoting reasoning or thinking.   And this is, perhaps by design, not accident.   After all, if you reason out most of the bargains that are heavily advertised on TeeVee, you may figure out they are bad bargains.

But knowledge is more fun than reasoning - thinking is indeed hard to do, and it certainly doesn't make for compelling television.  So on "Jeopardy!" or "Who Wants to Be a Millionaire!" or even the old-school game shows like "21", they tested contestants on raw rote memorization.  The more factoids you have stuffed up in your brain, the "smarter" you were supposed to be.

But does having memorized all the names of a character in a soap opera make you smart?  I would think not.  But that may provide you with the "right answer" on a game show.  Does memorizing the batting averages of all the major league players make you more intelligent?  It isn't like that means you would beat any of them in chess, does it?

Memorization can, in fact, be the enemy of reason.  One reason they say that older people have better reasoning skills is that they memorize less.  As a result, their brain filters more data out, and concentrates on relevant data.   And I have seen this effect in young people - they can absorb so much data, but have no idea what to do with it - how to triage data into more relevant and less relevant parts.  And as a result, they struggle to think logically - to reason.   They may be able to memorize the answers to the test, but they can't deduce them on their own.

The good news is, reasoning is, to some extent, independent of your ability to memorize.  If you hone your reasoning skills, you can figure a lot of things out, even if you haven't memorized a lot.  But it takes the ability to think and think clearly.  And oftentimes all this means is turning off the noise in your life - the constant stream of data that drowns out reasoning - the television, the cell phone, the instant message, the tweet, the media, and the like.  Quiet, contemplative time is essential, I think, to reasoning out things in your life.
Newer Post Older Post Home