Why I don't Hate Winners 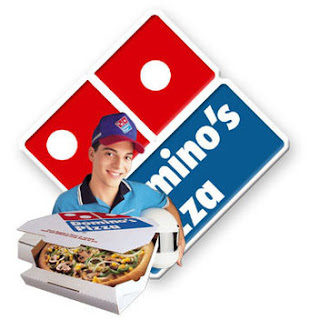 If you don't like it - don't buy it.  Blathering on about how some corporation is "evil" doesn't make you fun to be around - or help your own personal bottom line.

As I noted in my Everyone Hates a Winner! posting, a lot of people in America - depressed people (here, again, I am being redundant) - spend a lot of time and emotional energy decrying those who are successful in America.

You see, the folks who make wild amounts of money in this Country usually do so by pandering to the lowest common denominator - people's weaknesses.  And often, they have to work like dogs to get there.

For example, one whiny winner-hater regaled me with how this couple who own a chain of Domino's pizza outlets is "evil" - and this person spends a lot of their time and emotional energy running these people down - convinced that they can "expose them" and somehow undo their success.  But how does that really help the bottom line of the winner-hater?  It doesn't.  It just lets the winners win twice - by winning, and by making you into an angry, bitter, old, hater.

Yes, you can make a lot of money selling people delivery pizza - catering to their weaknesses.  Or selling fast food - McDonald's doesn't make money by catering to your desires for healthy food, but for your desires for salty, yummy, treat-like foods.  They appeal to your weaknesses - and if you want to be a millionaire in America, figure out a weakness most people have - and exploit it.

So whether it is food, alcohol, drugs, sex, money - you name it - figure out what it is that people basically cannot control themselves over - their addictions and obsessions - and you can make a mint.  Just open a Casino, a Brothel, a Bar, a fast-food joint, a drug gang, a Ponzi scheme - whatever.  And you will have people lined up around the block, begging you to take their money.

But it is a lot of work, and a lot of risk.  And you may not feel comfortable doing things like that.

And we all have the opportunities, in one form or another.  In my business, we have what are called Invention Brokers who run a scheme that is too complex to describe here, but needless to say, panders to people's get-rich-quick dreams and willingness to believe just about anything.

And I have been offered opportunities by these brokers - or I could have set up my own Invention Broker shop, if I chose to do so.  I chose not to.  Why?  The answers are complex.  It would be a lot of work, and there would be a lot of risk.  But the main thing is, I don't feel comfortable ripping people off.  Call it morals, whatever.

But does this mean that I am on a crusade to put Invention Brokers out of business?  No.  Others have tried that, and I applaud their efforts - but their efforts have come to naught, as the brokers continue to stay in business, no matter what.  And I have testified against them in Court, but it makes little difference.  They stay in business because people keep believing in something-for-nothing and a free lunch.  And right there is the problem - people - not the invention brokers.

And when I had that revelation, I realized that the antics of the Invention Brokers was just one aspect of a larger scheme of things (scheme, not conspiracy).  Specifically, that we all, has human beings, end up being willingly exploited, at one time or another, by falling victim to our baser impulses and desires.  And that all of us - when we give ourselves over to advertising jingles, weak thinking, and other forms of self-indulgence - end up enslaving ourselves to debt and work, when we could be accumulating wealth, independence, and power.

The problem was not just Invention Brokers, but in all of us.  And in my own life, I was making equally bad personal financial decisions as the fellow sending $10,000 off to an invention broker.  Is that any better than taking a $10,000 depreciation hit on a car or a boat?  Or signing your life away for granite countertops and stainless steel appliances?  In essence, aren't all these people just trying to sell you a dream - or immediate gratification - that cannot ever be fulfilled - all for a little bit of your money?

And that is when I started this blog - to examine my own choices in life and how they affected my life - rather than externalizing my problems onto "evildoers" as so many do.

So, you can rail against the guy who sells the pizzas - what good will that do?  So long as people keep buying them, he stays in business, despite your devastating expose on your blogsite.  It is the people, not the pizza.  And most people prefer to drive their car off a cliff, just to enjoy the ride down.

A better approach, I think, is this:  Concentrate on your own life, and fixing things in your own life.   The holy crusaders you meet who are "on a mission" to "expose the truth" often have trouble keeping up with their own laundry.  And that is no way to live - in a filthy house with a sink full of dirty dishes, blogging about "the evil empire of McDonald's" or whatever.

This does not mean you shouldn't point out to people the nature of their own folly - as I try to do here.  But don't be surprised if they react by saying "Don't tell me what to do!"  Just make your case and move on.

The invention broker thing is one thing that lead me to start this blog.  Because I realized that trying to "expose injustice" or whatever, was futile, particularly if it comes at the expense of your own well-being.   And such folks are, well, often a little unhinged.

All you can do, really, is put good information out there - information that might make people think.  We all know, down in our hearts, when we write a bad check for a $20 pizza, that we are making a poor economic choice.  But the Television is shouting so loudly that we don't listen to that inner voice.

And it is easy to blame someone else when the check bounces - after all, nothing is really our fault and we are all victims here - and again, the television with its megaphone, shouts this in your ear.  Whining about being charged for a bounced check doesn't strike me as constructive - the fault lies in the fellow writing the check, not in the fellow taking the check.

But if you turn away from all that, and sit down and think for yourself - and get a legal pad and a dull pencil and do some math, you will realize that that little voice in your head was right.  The idea of someone making your food and then driving it to your house is really not a cost-effective way to live.  And while $20 may seem like a "small" amount of money, what we have discovered here is that these little amounts of money are what drive all of us into perpetual debt and penury.

And yes, most people will never "get" this.  Their lives will be basically one series of economic exploitations after another.  And there is little you can do to prevent this - they often will tell YOU that what they are doing makes sense.  After all, a $20 pizza is so much cheaper than dinner at the L'Auberge, right?  Using that "logic", they are saving money here!

The other side of the coin is also this:  People who seek out the big bucks and fame and fortune are rarely very happy people.  Ask yourself this:  Would you want to be Donald Trump?  And don't just say "I'd like to have his money" because he really doesn't have that much - and it is package deal, you can't have the money without the bad hair.  Although you can have the bad hair and not the money.

The whiny winner-hater complained that the guy who owns the chain of Domino's in her town is rich - as if that was some sort of one-size-fits-all general indictment of character.  But the truth, is, each region of the country has a local kingpin who owns a number of these franchises.  We had one in the DC area, run by a local entrepreneur.  Yes, you can make a lot of dough in dough.  But you also have to work your way there - by working 7 days a week, 12 hours a day, to make things click.  If you asked me, it ain't worth it, particularly if you end up dead at age 48.

I was exposed to this at an early age, when a former friend of mine went off the rails, railing against the guy running the local college radio station he worked at.  And yes, pot was involved and tends to fuel this sort of depressive thinking.  All it took was a bong hit or two and you would be treated to an hour-long diatribe about how this dude was so evil.  It eventually drove away all his friends and even his girlfriend.  And needless to say, it made him virtually unemployable.

And it let the "evil dude" win twice - once in his alleged nefarious schemes, and again by letting it destroy my former friend's life and career.  A pretty stupid waste of emotional energy, if you ask me.

And just for laughs, the other day I Googled the "evil dude" to see how his "empire" was coming along.  Turns out his empire consists of less than a half-dozen low-power AM talk radio stations in such compelling markets as Utica, New York.  I am sure he drives a really nice Buick.  But he hardly is a "winner" in my book, worthy of envy or hatred.  Just some schmuck.

There will always be people more successful that yourself - and people who do odious things to get ahead.  But the best you can do for yourself is to move on and figure out things in your own life.

Focus on what is within, not what is without.  Externalizing your own personal problems won't solve them!
Newer Post Older Post Home