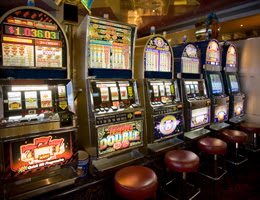 Gambling is the most commonly known form of compulsive or addictive behavior.   But there are so many others, and very few are good for you or your finances.


Compulsive or Addictive behavior is very lucrative for businesses.  If you can get people to engage in behaviors that they have little or no control over, you can fleece them all day long - they can't help it!  Or so they think.

We all engage in some form of compulsive/addictive behaviors - and some of us have very addictive personalities, being responsive to certain cues and feedback to the point where we obsessively do the same things, over and over again, even as they ruin us.

Common forms of compulsive-addictive behavior may include the following:
Some of us engage in some of these behaviors some of the time, while others have a problem with controlling themselves.  And in America, many of the items listed above are common to a number of people.

So these behaviors have some positive functions, once in a while.  But in the modern world, they can be devastating to the individual, and many businesses are little more than co-dependents that cater to such obsessions.    Casinos and shopping malls are obvious examples, of course.  But the local convenience store is also a monument to obsessive behaviors - catering to the drinker, the smoker and the over-eater all at the same time.

Recognizing and correcting obsessive-compulsive behavior is not easy - and perhaps for some, impossible.  The record of reforming drug addicts and alcoholics is pretty bleak.   The best you can hope for is to break them from one obsession and train them onto another.

But one way to avoid personal financial adversity is to avoid businesses that cater to the obsessive-compulsive personality.  One way to avoid problems with gambling is to just not go into Casinos in the first place.  I've been into one in my life, and I instantly recognized how the flashing lights and promises of riches (and risk-taking) were just tickling the excitement centers in my brain.  I lost $20 quickly and left, never to return.

Similarly, I try to avoid shopping malls - having been to exactly one in the last five years.  They are depressing and sell mostly crap you don't need - at very high prices.  One way to avoid the shopping problem is to just avoid going.

I pulled the plug on Television as it is just a Pavlovian response machine and can suck up hours of your time every day.   You can't watch "just a little bit" of TeeVee.  If you have one, you'll click it on the moment you get home and shut it off when you fall asleep.  Or at least that is what a staggering large number of us do.  By not having TeeVee, I don't fall victim to its siren song of "Coming up Next!".

I hardly drive anymore, having given up commuting and working from home.  When I do drive, it amazes me how aggressive people are these day - trying to pass you in the exit lane, or flooring the accelerator all the way up to a stop light or stop sign - and then rolling or running that!  And tailgating is rampant, even when people have clear opportunities to pass.  People's behavior behind the wheel is out of control - like mine used to be.  Since I don't drive, I don't speed.

We don't text, and have no desire to.  My e-mail requirements are not something than can be satisfied with a Tweet or an "update".  And I can't type 100 word a minute with two thumbs on a tiny keyboard.   And we don't yak, yak, yak obsessively on the cell phone anymore.  At 10 cents a minute, we've used $12 of cell time in the last three months.  Not having texting, we don't text.  And when you pay for yakking by the minute, you don't yak compulsively (like you see the girls at Walmart do).

I have tried to cut back on over-eating - eating far less snacks and junk food than I used to.  We lost weight recently (and gained some back).  It is one of the hardest battles in America, where the majority of the population is overweight and a sizable percentage are morbidly obese.  Staying out of fast-food places (which helpfully offer to sell you a 1000-calorie "Snack Wrap") and convenience stores is one way to avoid the temptation of overeating.  And it goes without saying that drinking ANY soda pop is a really, really bad idea from a weight and blood-sugar perspective.

The Internet is very addictive, and I have to admit, I spend a lot of time online.  But I gave up Facebook, and no longer cruise eBay or other shopping or entertainment sites.  I don't get drawn into discussion groups - if I can help it.  I figured out (finally) that whatever I had to contribute wasn't much, and no matter what you say, it will likely be shouted down.  My remaining compulsion is writing this blog, which I think is a more positive use of that energy.  It gives me time to think about things.

We like to think we are individuals and have free-will and choices in our lives.  And we do, but making choices, as opposed to succumbing to societal cues, peer pressure, skewed normative cues, and compulsive behavior can be difficult to do.

But, it is a choice, not a destiny.   I lost weight last year because I decided to do so.  And I gained some of it back by deciding not to continue on the plan.  It takes hard work to stick with something or to even make the decision to begin with.  But we should not delude ourselves into thinking that we have no choices, or that we are just a collection of hormones, brain chemicals, and statistical variations.

Making a choice is hard.  But the good things in life are usually the hard things.
Newer Post Older Post Home