When The Shit Hits the Fan.... 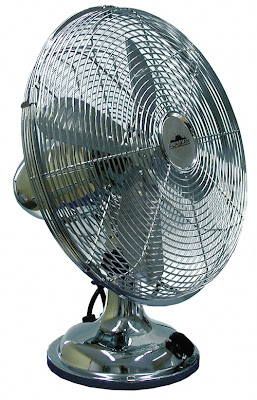 When the shit hits the fan, the time to take action is now.

On the debt guy site, there are a lot of sob stories from people who ended up in serious debt.  Some, you feel sorry for, as they have a lot of medical debt.  On the other hand, some with medical debt felt that a Harley Davidson was a better investment than a $99 a month, $10,000 deductible Blue Cross plan.   I am supposed to feel sorry for them because.... what?

Others just went into debt the old-fashioned way - spent a lot of money on crap (the Harley again, and the ubiquitous jet ski) and now can't pay it off.

One fellow posted a note, confessing that he was depressed and even suicidal, over his debt situation.  The punchline was "I don't want to make any lifestyle changes".

Lifestyle changes?  This guy would rather jump off a bridge than sell his Jet Ski or cut his cable TV bill.  Talk about stupid!

When the shit hits the fan, take action.  If you lose your job, have onerous medical bills, or find yourself heavily in debt, take action, NOW rather than later.

Unfortunately, what a lot of people do is avoid taking action.  Why sell the house when I can tap into my 401(k) to make the mortgage payments for another year?  Answer:  Because you'll lose the house eventually when the 401(k) money runs out, and then you will be without a house and have spent the only asset protected from bankruptcy that you have!

What sort of things should you do when the shit hits the fan?  There are a lot, and it takes work and time.  But if you just lost your job, you'll have lots of time - between job interviews.  Don't wait until your savings are exhausted, do these things Now.

1.  Cut all subscription services and other recurring charges:  This includes Cable TV, Onstar, Satellite radio, credit protector, even magazines and periodicals.  Dump things like storage lockers and health club memberships.  Any recurring charge or cost should be slashed - preferably down to zero.  Particularly nefarious are charges made automatically to your credit cards.

2.  Cut up credit cards - limit spending.   It is temping to charge things on credit, with the idea that you will pay it back "once you get a job".  But if you run up debt, and default, your credit rating will be shot, and you will have a harder time getting a job - they DO check your credit rating.  Try to pay cash for everything.  If you have a lot of debt, you may have to take drastic action to pay it off - what you should have been doing while you were working.

3.  Sell All Toys - boats, jet skis, motorcycles, four-wheelers, golf cars, and other motorized crap.  Yea, you'll take a hit on it, but one sold toy will buy groceries for a month or more - perhaps months.  Or it will pay off an onerous loan or credit card debt you cannot afford now.  You've probably outgrown the hobby anyway - was it worth all that debt?  You'll be happier owning less crap and owning more of yourself - trust me on that!

4.  Think about downsizing.  If you have an onerous mortgage payment or can take out equity in your home, think about selling and moving to a smaller place or an apartment.  If you were smart about home ownership, you have a small mortgage and an appropriate-sized home.  If you bought the "look at me!" house, you just discovered the nasty side of owning one - they require you to work like a dog to keep them.   Again, you'll take a hit, but squandering your 401(k) on a year or two of mortgage payments is no answer, either.  Housing prices ain't going to rocket back up.

5.  Cut Insurance:  If your car isn't paid for, sell it and get one that it - and cut collision, comp, uninsured motorists and other crap coverages.  Convert life policies to paid up status.  Consider dropping term policies if you no longer need them.  Shop your homeowners insurance for lower prices.  Raise your deductibles as high as possible.   I cut my insurance costs by 2/3 this way.

6.  Cut Spending:  No more "shopping" at the mall, eBay, online or whatever.  No more restaurant meals, take-out food, delivery pizzas.  Most people spend more on restaurant food than they do on groceries.   If you are financially stressed, cutting out restaurant food will cut your food bill in half.

There are other ideas, of course, spread throughout this blog.  But the main thing is to take action NOW, when the shit hits the fan, rather than wait around for the repo-man to tow the car away and the Sheriff to toss your ass out on the street.  And you'd be surprised how many folks wait until the bitter end before they go, "oh, right, I lost my job a year ago and now I'm broke.  Guess I'd better cut back on spending...."

But you have to know WHEN the shit is hitting the fan - and that is the subject of my next post.